What kind of guy covers his car in popcorn? That would be Jacob Aaron Schroeder, a Minneapolis based artist. Once he popped, he just couldn’t be stopped. Don’t worry, it was done in a jiffy. I don’t know if that’s accurate, but there may be a kernel of truth to that statement. Okay, I’ll stop now. 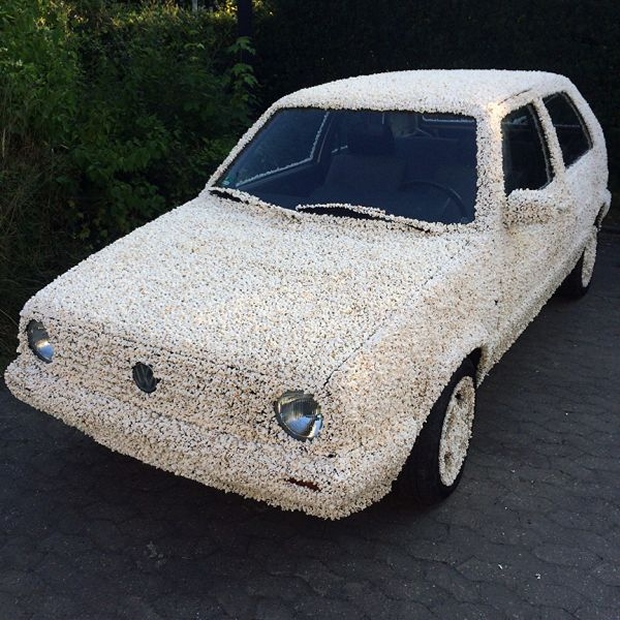 This guy covered his old Volkswagen in popcorn and then displayed it at the Braunschweig University of Art in Braunschweig, Germany. No word if it also has butter and salt. Obviously the guy loves popcorn. Even the windshield wipers are covered. 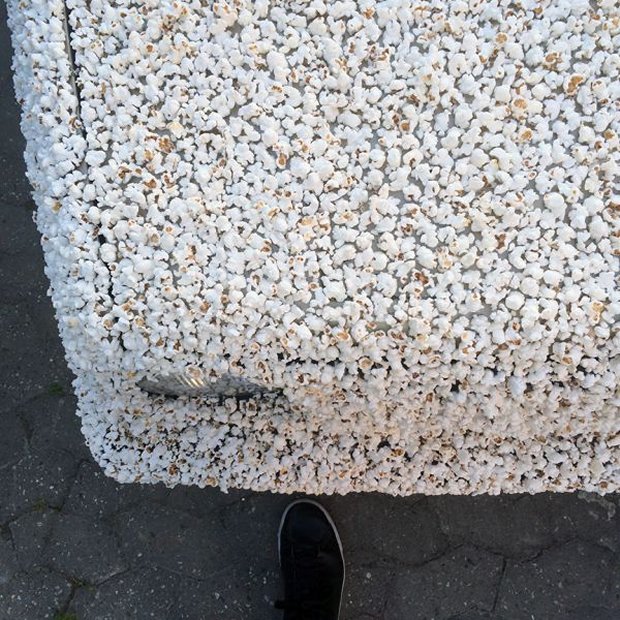 The hubcaps too. His wife was probably ticked off when that Netflix movie arrived and they were all out of popcorn. 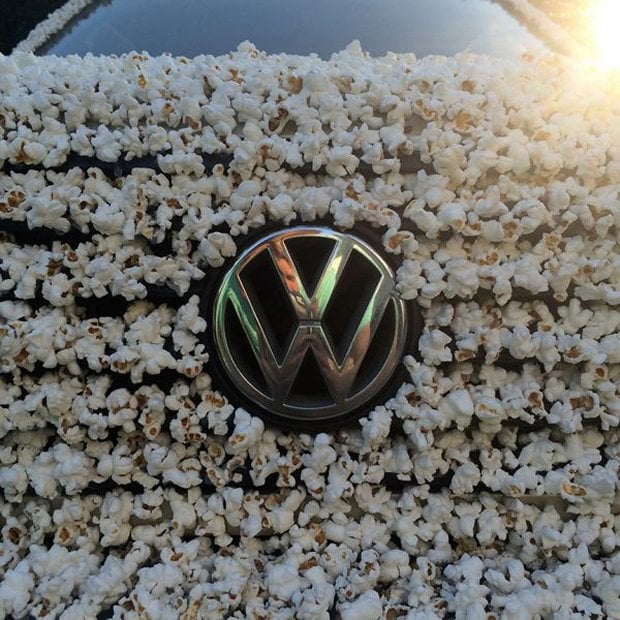 Oh Geez. Turo Is Sharing a Rick and Morty Mortymobile