Need more My Little Pony excitement? Sure you do. This is Iron Hoof, a mechanical pony ride. He can withstand up to 286 pounds. So even the largest brony can get on and experience a variable 3-speed ride. It’s a neat store front ride for anyone willing to pony up the change. 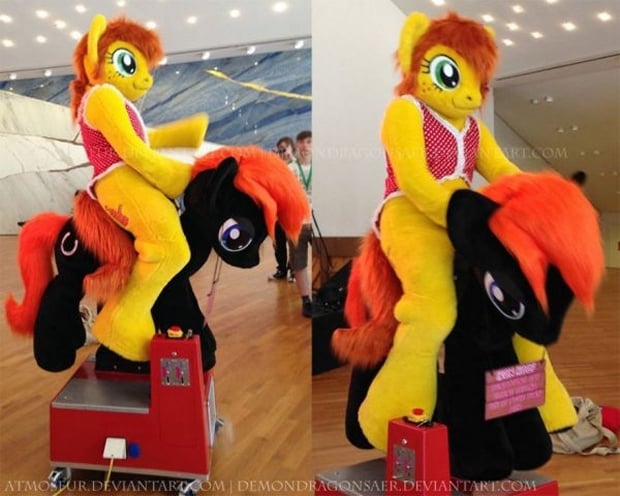 Hey, MLP fans need to be able to ride ponies, just like Star Wars fans want to ride in an X-Wing. This machine plays music and is built over a welded steel frame with a real saddle on top. It has two coin slots, just like a regular storefront horsey ride. 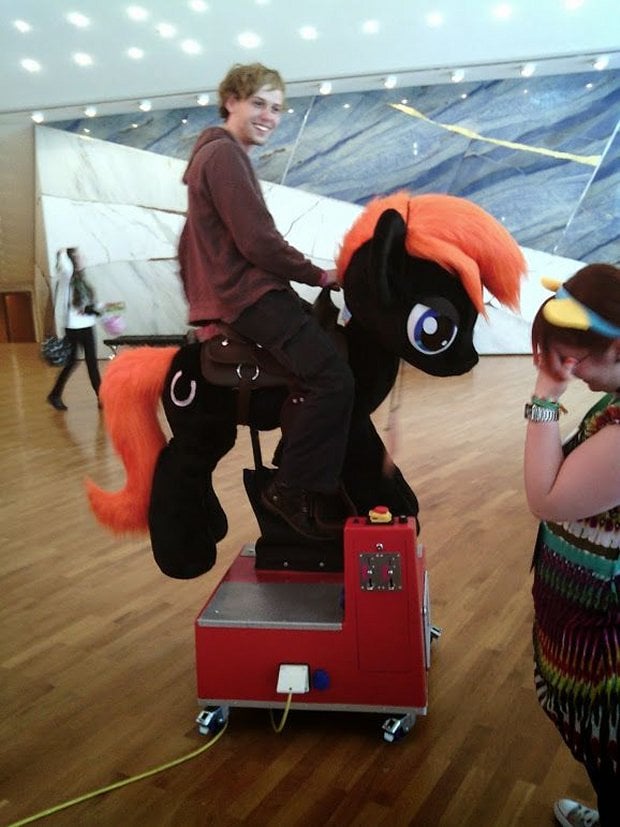 It was built by DeviantART members Markus K., Saer Fallensun, Snow Chetah, and irgendeinwolf for GalaCon 2014, a brony convention in Ludwigsburg, Germany. It’s for sale if you want to ride off into the sunset on it.