Mr. Knocky: I Don’t Wanna Work, I Just Wanna Bang on the Drum All Day

Japan is home to all sorts of brilliant things. Chock up another one courtesy of Mr. Knocky. This silly invention is a remote-controlled drummer, and looks like a ton of fun – for at least an afternoon. 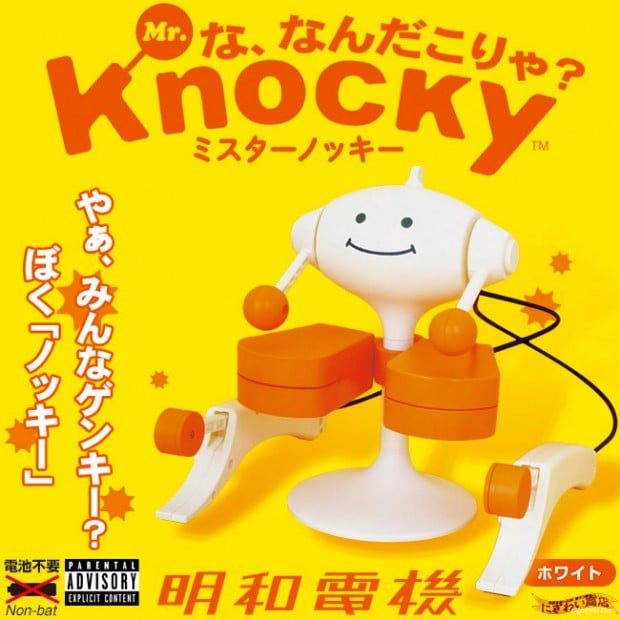 I have no idea why there’s a “Parental Advisory” logo above, unless you start to swear because he’s only available in Japan so far. The way Mr. Knocky works is by shaking or pressing his remote triggers to make his left or right appendage hit tiny percussive instruments. You can also use him with other drumming surfaces like Pringles cans. Just watch the videos below to see what you’re missing without a Mr. Knocky on your desktop:

Awesome, no? What are you waiting for? Just hop in a plane and head to Japan so you can get a Mr. Knocky now! Or maybe you’ll be lucky and somebody will start importing these things. For now, check out Rakuten for more on Mr. Knocky. As the ad says: “Let’s Knock and Roll!” 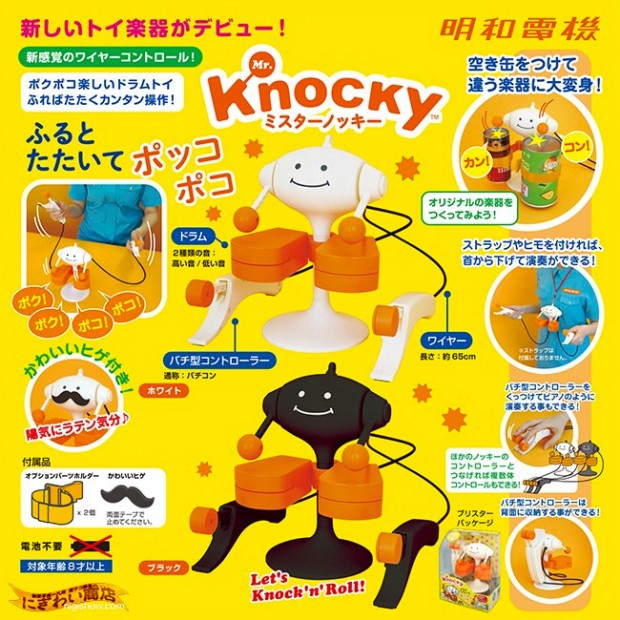