Guy Hits Target from 1,000 Yards… with a Revolver

This guy is the king of using a revolver as a sniper rifle. In the video below, shooter Jerry Miculek uses his revolver to pop a balloon with a special edition 9mm Smith & Wesson revolver from an impressive 1,000 yards away. 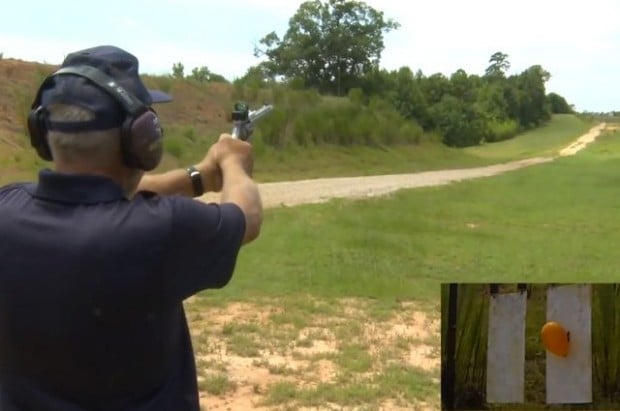 According to Jerry, he has to aim about 150 feet above the target due to the drop of the bullet during its 4-second travel. Apparently this is a world record. To get an idea of how far away it actually is, watch him drive downrange to the target.

All I know is that this is one guy you just can’t get away from. You could be in the next town and he would probably hit you. Especially if you were holding a balloon. 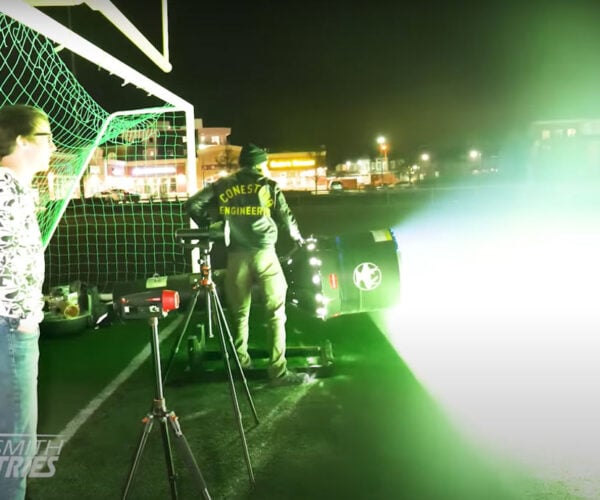