The Legend of Zelda is getting an officially licensed Monopoly cross over. But if you’d rather play a board game with Donkey Kong and Jumpman, check out Hernando Melo’s reskin of Chutes and Ladders featuring the 1981 arcade game. 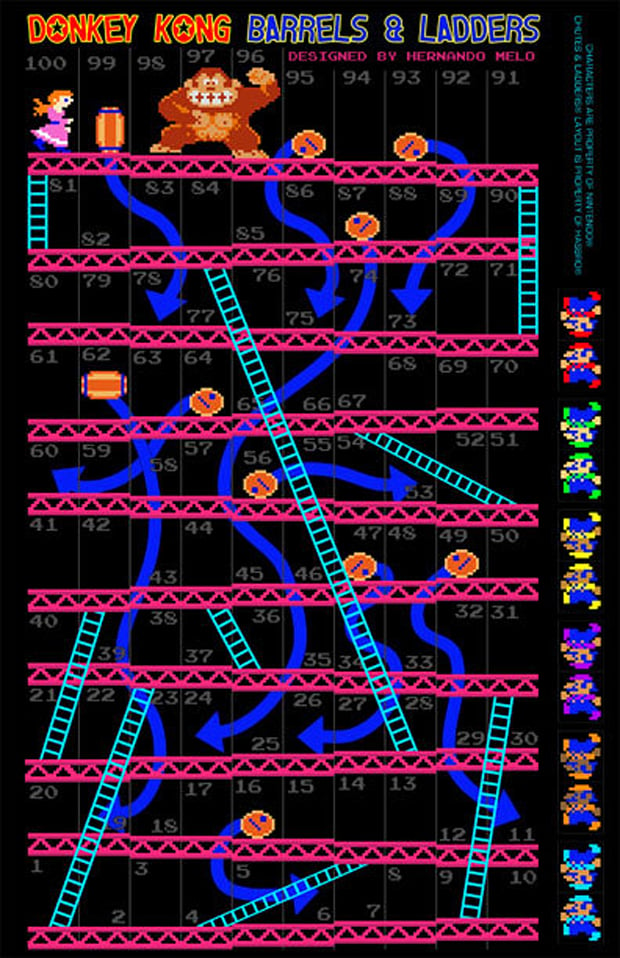 Hernando’s Donkey Kong Barrels & Ladders plays just like the original board game. You just roll a six-sided die and move your Jumpman token up the platforms according to your roll. If you land on the base of a ladder, then you go up to the space where the ladder ends. But if you land on a barrel you have to go back down to the space indicated by its arrow. The first player to get to Pauline wins. 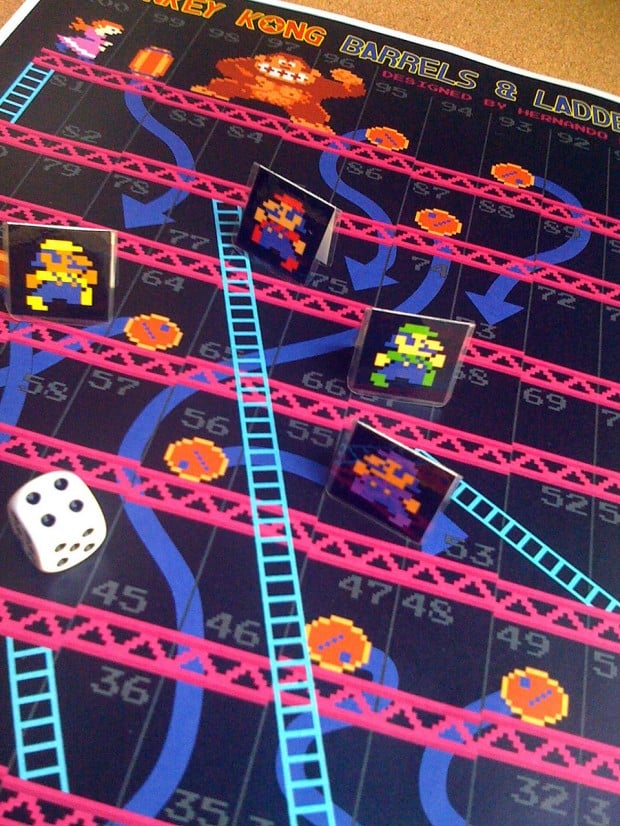 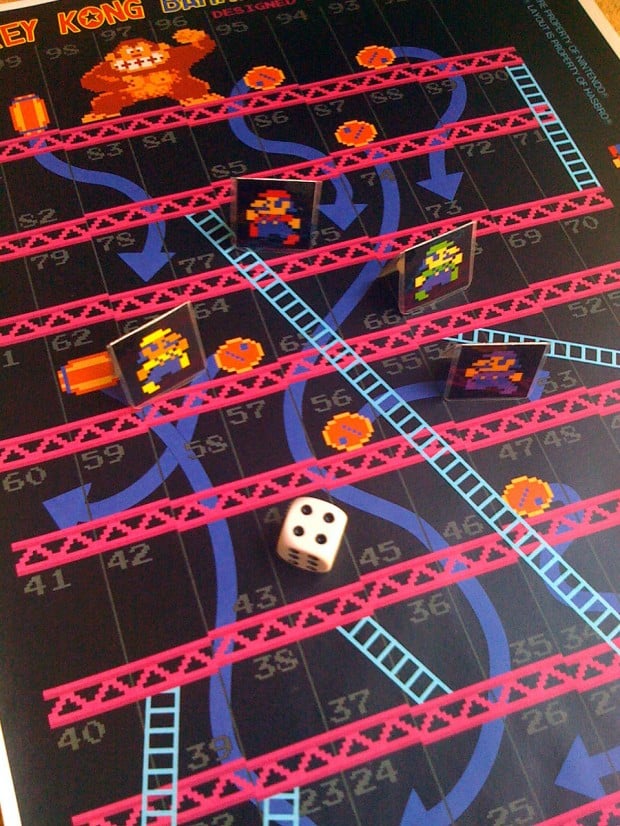 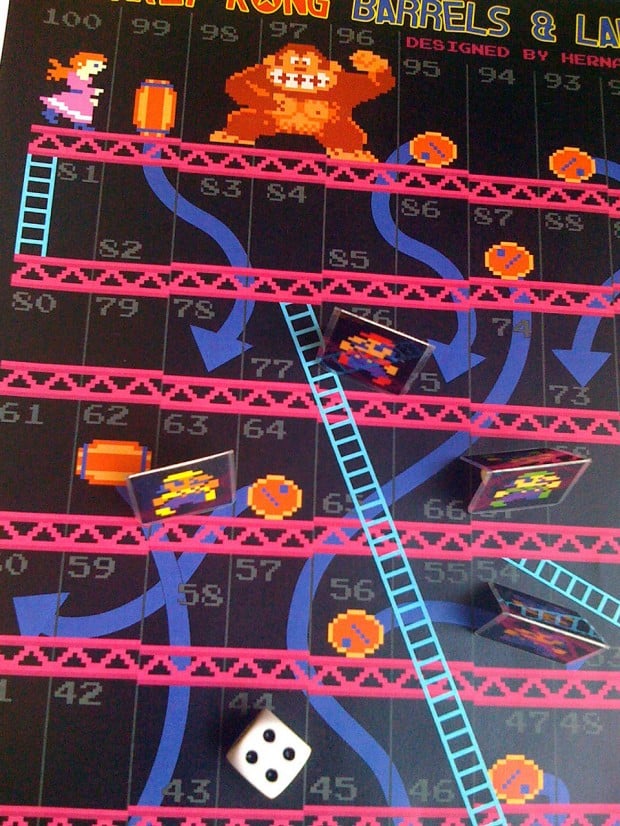 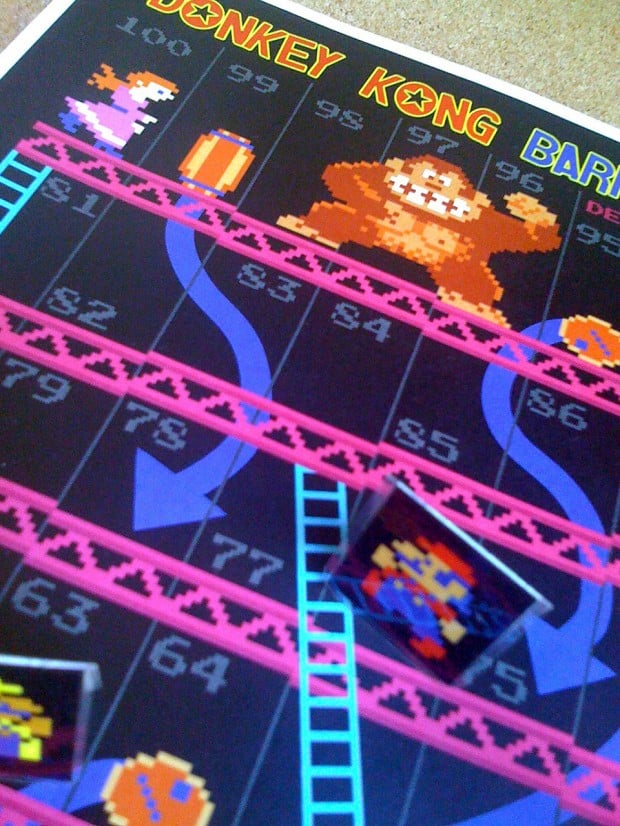 Hernando is selling a high resolution PDF template of the board game for just $1.90 (USD) on his Etsy shop. He recommends that you print the playing area on 11″ x 17″ cardstock. Hernando said he’ll consider selling a ready-to-play version of Barrels & Ladders if there’s enough interest for it.