Japanese toy maker Happinet has a series called Tsumikore, which consists of figurines that are on all fours. Aside from looking silly – or naughty – the figurines are posed that way to facilitate stacking. The company has released Tsumikore based on a baseball team, Gundam and Ghost in the Shell. This year Happinet released an Attack on Titan-themed Tsumikore. 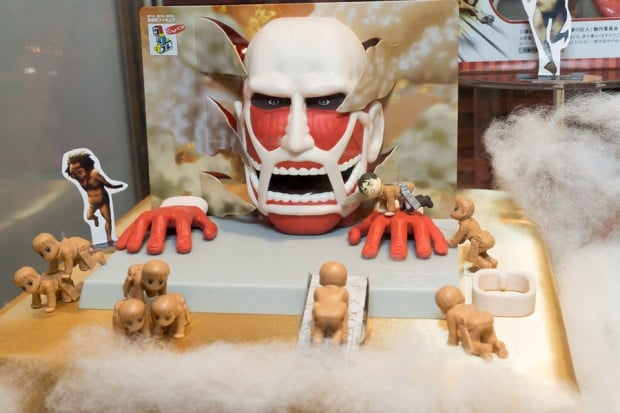 The set includes a figurine of protagonist Eren Yeager along with eight soldier figurines and a bonus secret figurine. But that’s just half of the set! It also has Titan parts – a head and two hands – three small paper Titan standees and a paper launcher. These accessories give you a variety of ways to play. 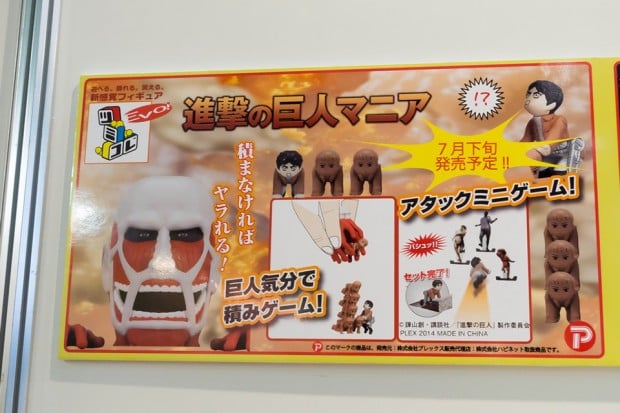 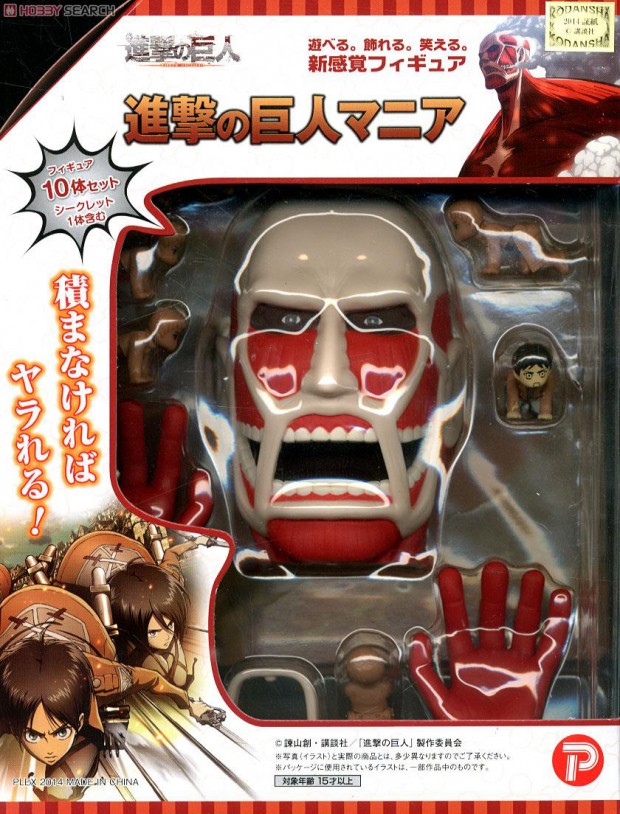 You can pre-order the Tsumikore EVO! Attack on Titan Mania playset from Japan Trend Shop for $25 (USD) or from Hobby Search for about $19.