Aren’t you a little big for a stormtrooper? This one certainly isn’t your run-of-the-mill Empire cannon fodder. Made by Hidden Fortress, the 6″ tall Storm King Machine Mini Edition sees the foot soldier transformed into a badass giant robot. 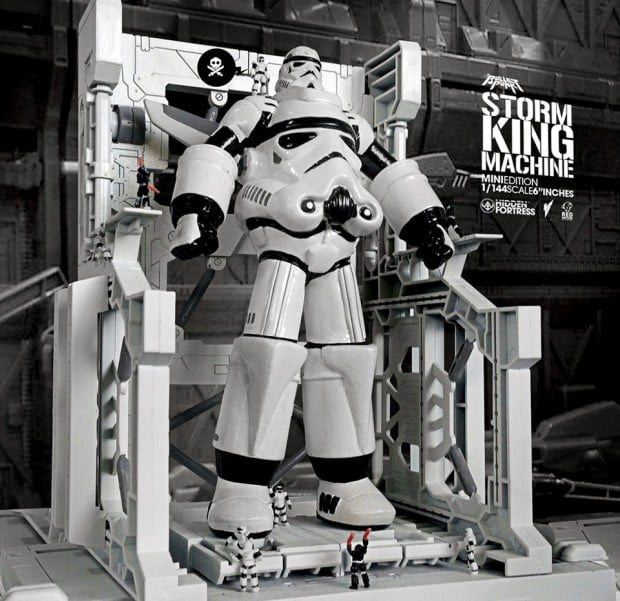 As its name implies, the toy is the smaller version of Hidden Fortress’ Storm King Machine, which was released last year and is 20″ tall. Here are the two statues side-by-side: 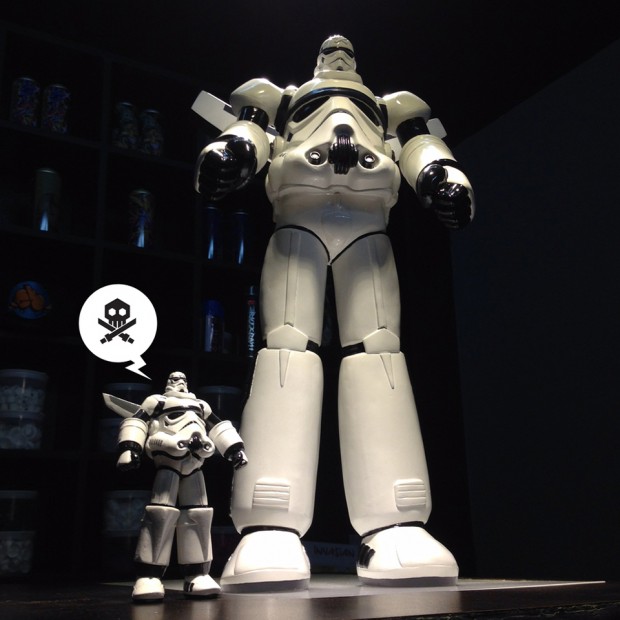 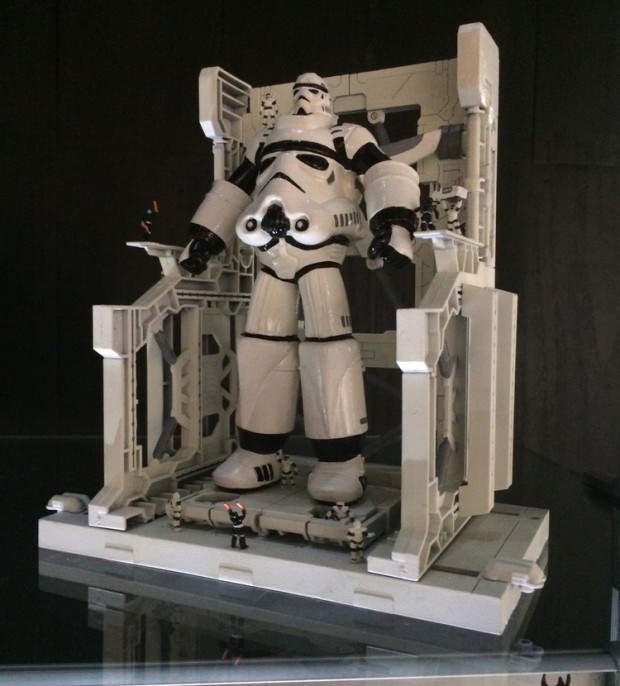 You can pre-order the Storm King Machine Mini Edition from Hidden Fortress’ online shop for $50 (USD). The toymaker will also have a few units on hand at the 2014 Singapore Toy, Game & Comic Convention (STGC) this September. The diorama in the top image won’t be included with the toy, but it is available on a made-to-order basis.