Clothes. The Final Frontier. These are the voyages of your undies. This is an awesome Star Trek inspired paint job that a friend of Demostheness did on a dresser. It looks pretty awesome. 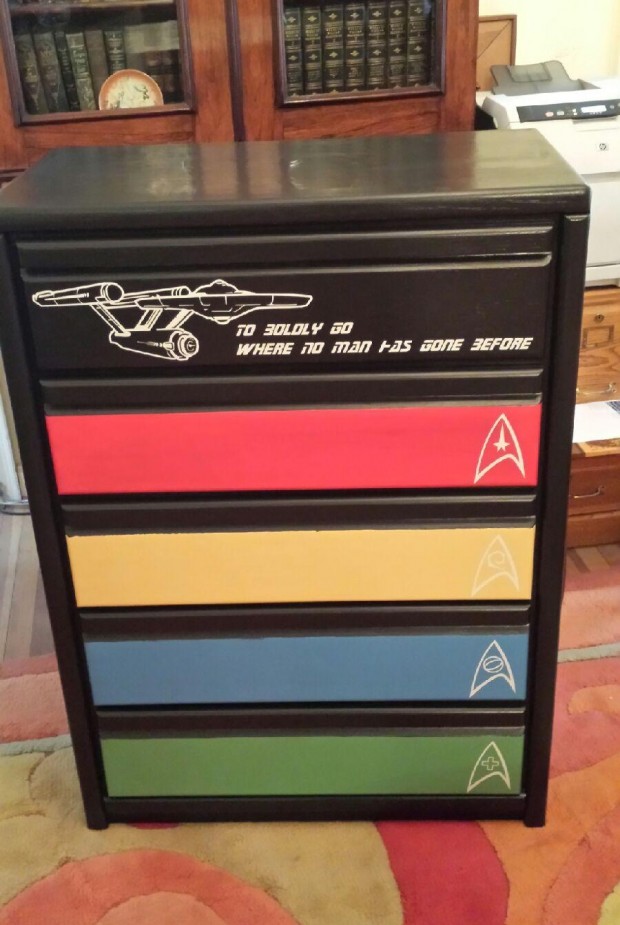 I can only assume that a whole crew shares it, because it is organized by uniform color. Must be a small crew compliment on that ship.

They used the font from The Next Generation, but the colors and the insignia are from the original series. So it represents the best of Trek. Since the top drawer doesn’t have a color, I’m guessing that’s where the undies go. Unless of course they match the uniform.