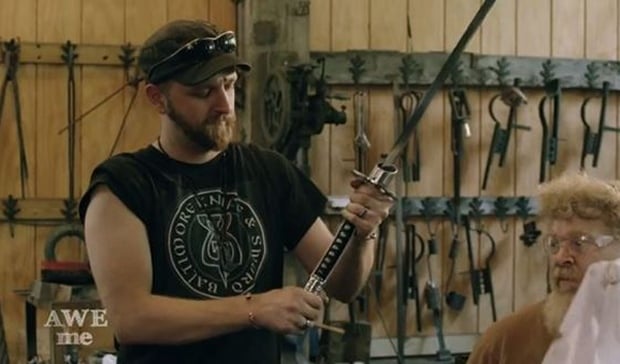 Man at Arms: Reforged asked the bladesmiths at Baltimore Knife and Sword to made this weapon a reality – minus the glowing energy blade of course. They just had to decide if they wanted to join the Dark Side and make a Sith version or choose the Light Side and go with a Jedi version. They saw it as a logical decision to go with the Sith.

The video shows how the team built the weapon. It’s an impressive build, with parts of the blade and strap mimicking the effects of a traditional Japanese swordsmith.