Dolphins are cute if you ask me, just watch Flipper and you will see what I mean. What’s not very cute is this dead dolphin. It has two heads. Ewww. Conjoined anythings are rather disturbing. 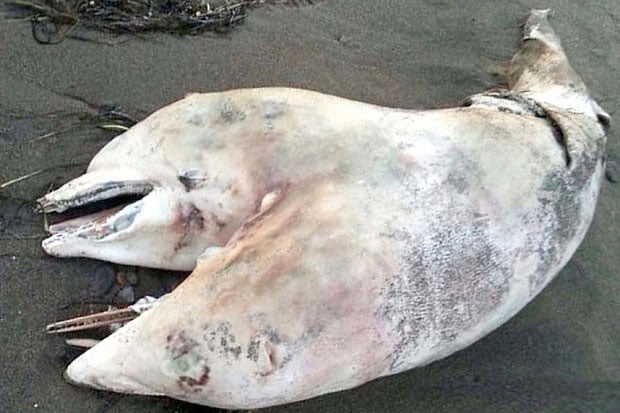 It’s hard to tell the size of the two headed dolphin monster from this image but it’s said to be about 3.2-feet long and about 12 months old. It’s hard to believe that the creature survived that long in the wild.

Right now, we have no idea what organs exactly the dolphin shared, at least one of the creatures eyes are said to be not fully formed. The dead creature washed up on a beach in Turkey and will be studied by marine biologists. If we ever get attacked by two-headed sharks, it may be two-headed dolphins that save us all.