Earlier this year, we saw a device that could make objects hover and move in three dimensions using ultrasonic waves. Richard Haberkern’s Ultrasonic Levitation Machine is a lot simpler than that device, but it’s affordable and does what it says on the tin. 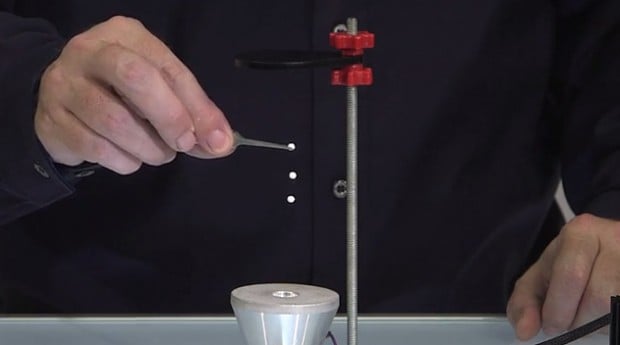 The Ultrasonic Levitation Machine uses a small transducer and a reflector to create a standing wave. The device can only accommodate objects up to 6mm in diameter, but that doesn’t make it less fascinating.

Float on to Kickstarter and pledge at least $119 (USD) to get an Ultrasonic Levitation Machine as a reward. Makers can also get either the machine’s blank circuit board or the 70W driver board at the lower reward tiers.