This Creepy Scarecrow Robot Can Tase You

This is one of the wackiest and most terrifying robots that I have seen in ages. It is a robotic scarecrow built by a Turkish farmer. The idea is that it will keep bears from destroying crops. Wouldn’t that make it a scarebear? Based on its description though, it will probably make bears freak out and destroy even more crops. 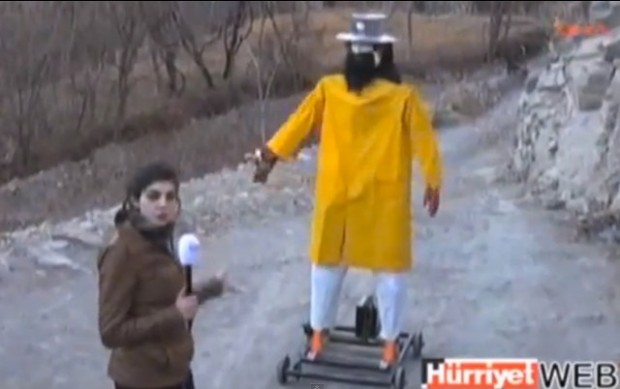 Basically this robot makes car alarm sounds and is equipped with a 25,000-volt taser which it swings around dangerously. I pity the bear that runs into this thing. Judging by the fact that this thing is homemade and basically a craft project, it is only a matter of time before it starts shocking farmers.

It’s really slow too, so I don’t think it will be able to even catch up to a bear. Well, thanks for building something creepy anyway.