When robots rise up and rule humanity, they could add insult to injury by using us for physical labor and as a power source at the same time. A group of researchers at the University of California, San Diego led by Dr. Joseph Wang accidentally stumbled upon a way to generate electricity from human sweat. 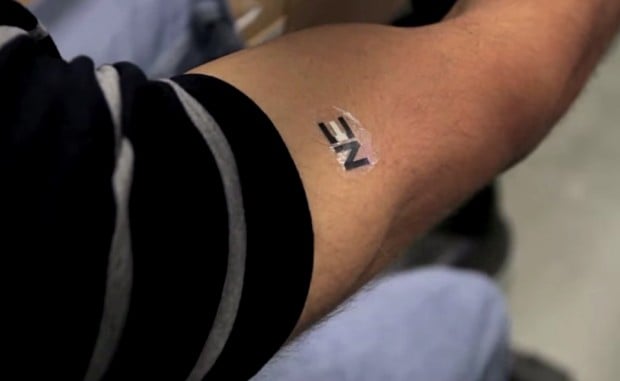 The scientists were originally working on a small wearable sensor that could measure a person’s lactate levels. According to Phys.org, lactate is generated when the body needs to generate more energy, such as during exercise. A video report by the American Chemical Society states that lactate can also be used to monitor heart or lung conditions. However, current methods of measuring a person’s lactate levels are tedious and intrusive, such as taking blood samples to be sent to a lab for analysis.

Dr. Wang and his team’s sensor on the other hand only needs to be applied on skin, using temporary tattoo paper. The sensor contains an enzyme that takes electrons from lactate (which is excreted through sweat), generating an electrical current in the process. Thus the strength of the current is proportional to the amount of lactate in a person’s sweat. Realizing that they could use the current for another purpose, the researchers then modified their sensor to act as a battery.

Interestingly enough, in the researchers’ tests, the subjects who didn’t work out often produced more electricity than the gym rats. Dr. Wang and his team think that this is because people who get tired easily need their body to create extra energy sooner compared to people who workout often, thus creating more lactate and more current.

The moral here is that you should workout so that our robot overlords won’t turn you into a human battery. Then again, your uselessness on that front could be one more reason for them to get rid of you.