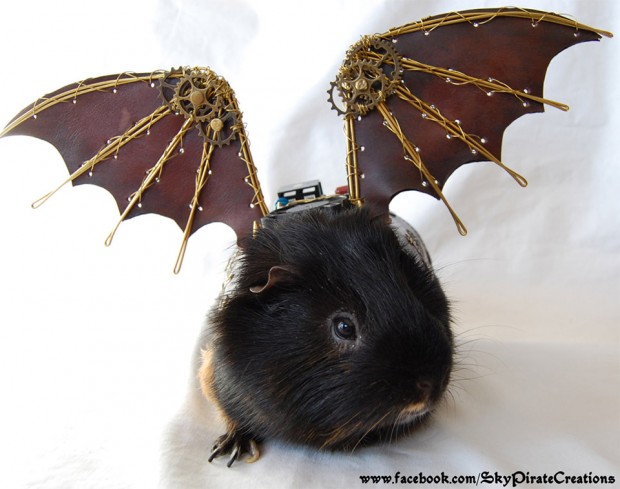 The cooling fan in the center is a nice touch, because guinea pigs apparently tend to overheat. I’m not sure why that is, since I have never seen one get any exercise. 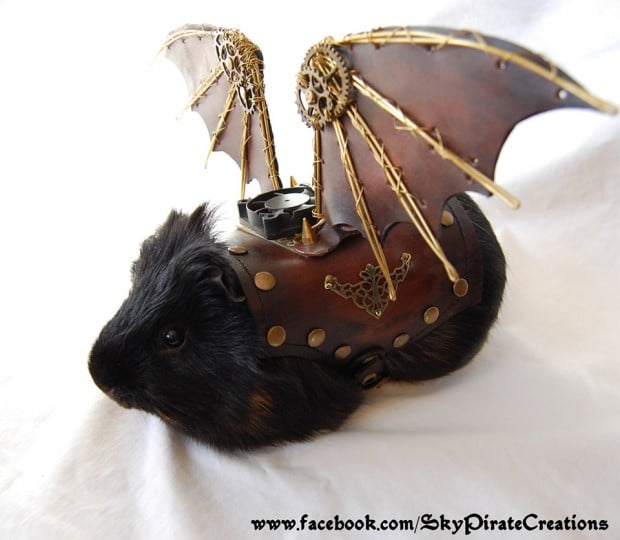 Now you can prepare your pet for a future where guinea pigs take to the skies and battle each other among zeppelins and bi-planes, landing only for tasty snacks.