Unlike many of its predecessors, Street Fighter IV and its updated versions change the in-game camera’s perspective when characters perform their finishing moves. This is of course done to take advantage of the games’ awesome visuals. But you can view all those finishers from a zoomed out perspective – and many other angles – thanks to a Windows program called SF4 Cameraman. 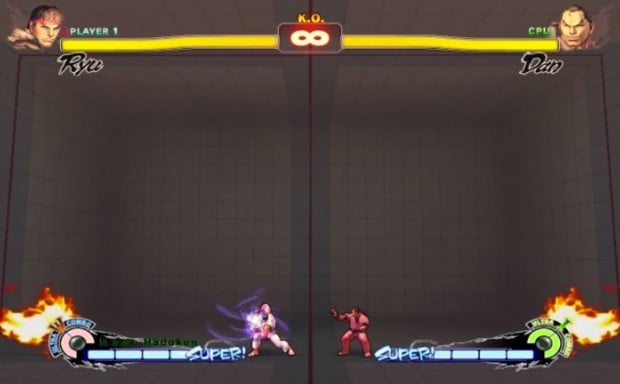 Made by programmer Lullius, SF4 Cameraman lets you control the in-game camera angle and zoom in Super Street Fighter IV: Arcade Edition and Ultra Street Fighter IV. One of the things it can do is let you lock the camera in place, and that’s just what YouTuber moo422 did. He set the camera up in full stage view so that we could see just what the heck is going on in Ultra Combos. Utter a prayer for Dan before you click play.

Moo422 also uploaded another video without the HUD and with a few more Ultra Combos included:

Makoto is so strong that she can punch through the game’s boundaries, but Zangief is even stronger. He just plain breaks worlds. You can download SF4 Cameraman for free from Lullius’ website.