Facebook Satire Tag Takes the Fun out of Pranking Friends

If you go on Facebook, you have undoubtedly seen the satirical stories show up in your feed from places like The Onion and The Daily Currant. It’s very clear from the title of those stories to most of us that they are fake. Apparently, enough people are pranked by these stories each day that hoards of Facebook users have asked Facebook for a Satire tag. 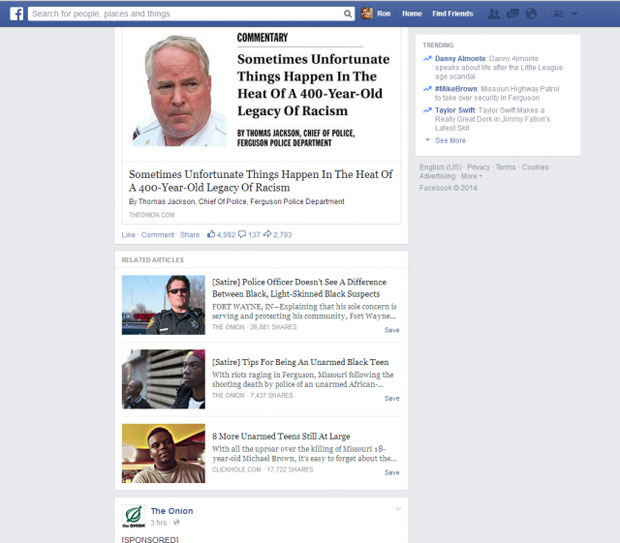 Facebook has recently started testing a “[Satire]” tag added to the beginning of such humorous articles. This will obviously take the fun out of sharing satire stores with people on Facebook solely for the chance to see them get mad and then laugh at them.

According to Facebook, the Satire tag will show up only after the person clicks the link to read the story. At least they can read the story and get offended before Facebook lets them in on the prank. I’ll miss the hoards of pissed off comments some of the stories generate before people realize what they read is fake.

Facebook has yet to confirm whether or not the Satire tag will be a permanent addition to the site.

[via Ars Technica via Mashable]