Last month saw the release of the Flir One, a thermal camera for the iPhone 5/5S. While it’s significantly more affordable than its standalone counterparts, its limited compatibility hampers its cost-effectiveness. If you’re looking for a more versatile alternative, check out the Hema-Imager. 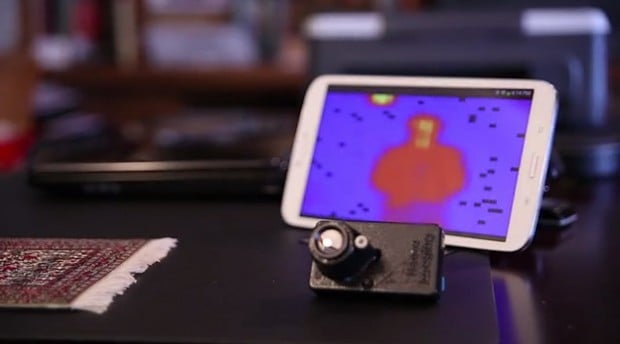 The Hema-Imager (short for Heat Map Imager) works with most Android and iOS devices. It has a temperature range of -4ºF to 450ºF, over twice the range of the Flir One.  Unlike the Flir One, which takes the form of an iPhone case, the Hema-Imager can also connect to mobile devices wirelessly, up to about 66ft via Bluetooth and up to almost 330ft over Wi-Fi.

Using its complementary app, you’ll be able to save thermal photos or videos, adjust colormaps and more. The Hema-Imager lasts up to eight hours of continuous usage on a single charge and can be left in a low power mode for up to a month.

Despite being more versatile and capable, the Hema-Imager can be yours for $100 (USD) less than the Flir One. Pledge at least $250 on Kickstarter to get the device as a reward.