Being a child of the ’80s, I am a huge fan of the cheesy ’80s action flicks like Robocop. A LEGO geek going by Polywen has created an articulated Batman action figure out of LEGO bricks, but the blocky nature of the action figure makes me think of a mashup of Batman and Robocop. We can call him Roboman or Batcop. 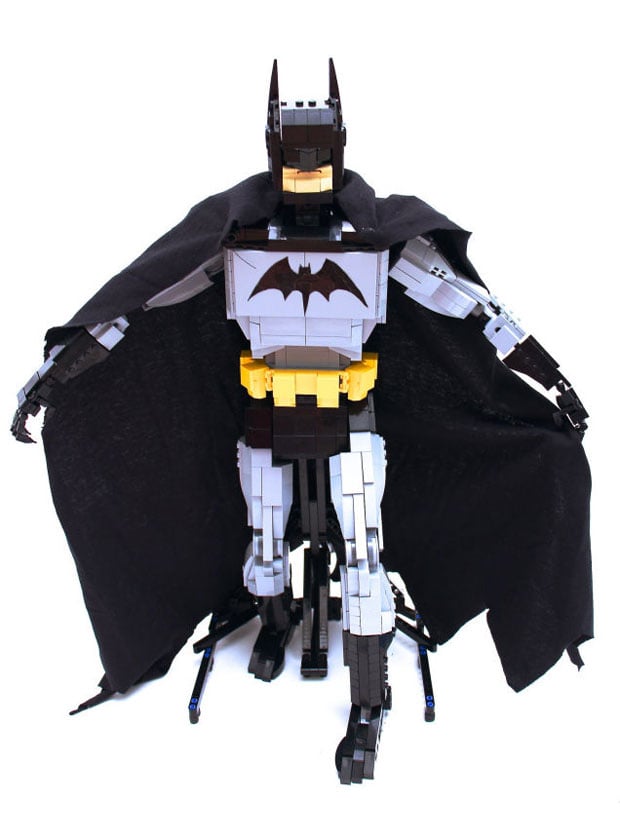 The LEGO Dark Knight stands a whopping 21.5″ tall, and the articulated nature of the action figure means you can pose it. He’s even got some Baterangs and cloth cape. And if you’re worried that the fabric isn’t a LEGO part, it sort of is – he got it from a piece of a LEGO Club t-shirt. Any way you slice it, the LEGO Batman is very cool. 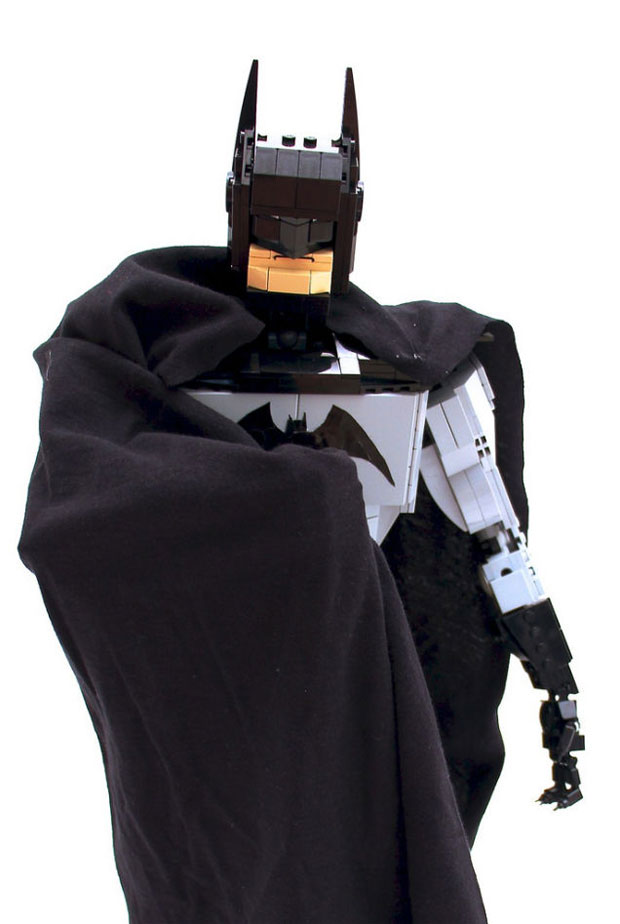 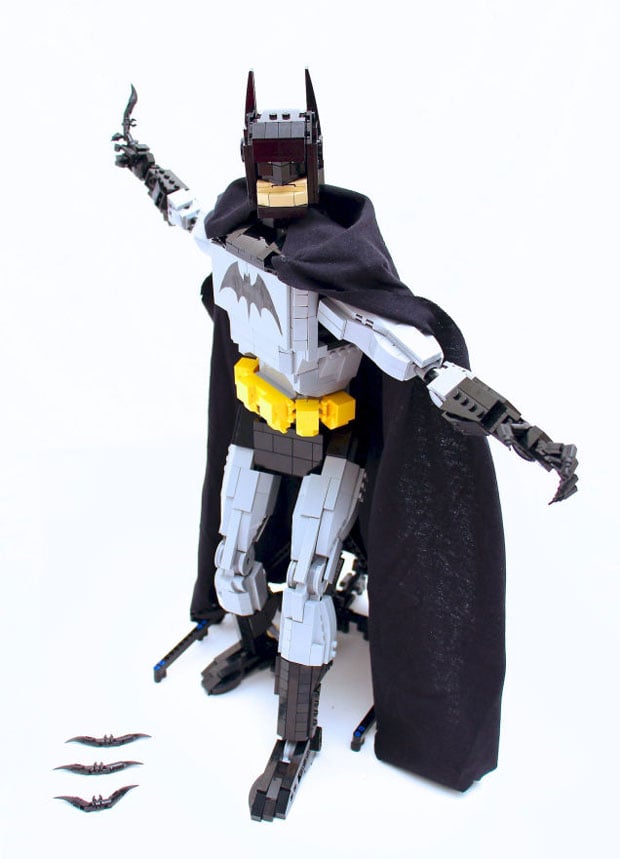 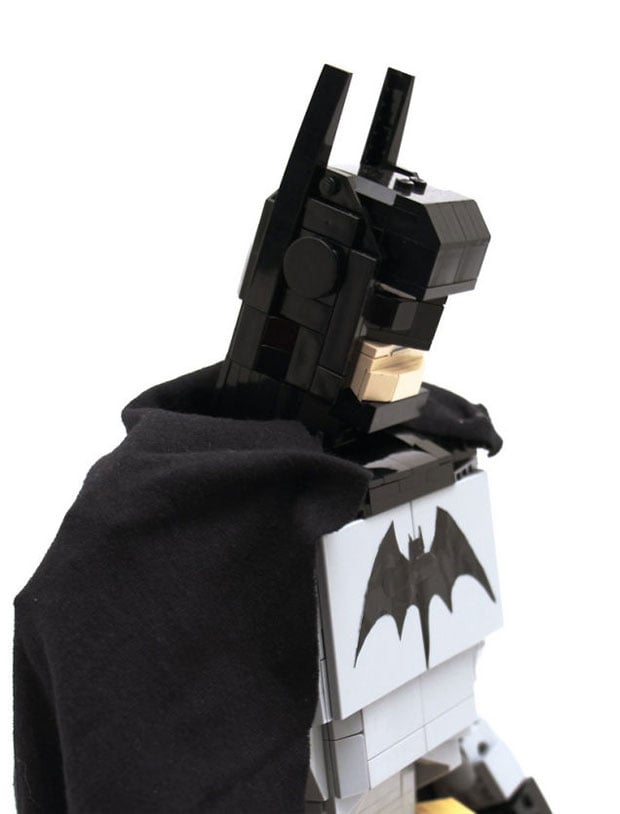 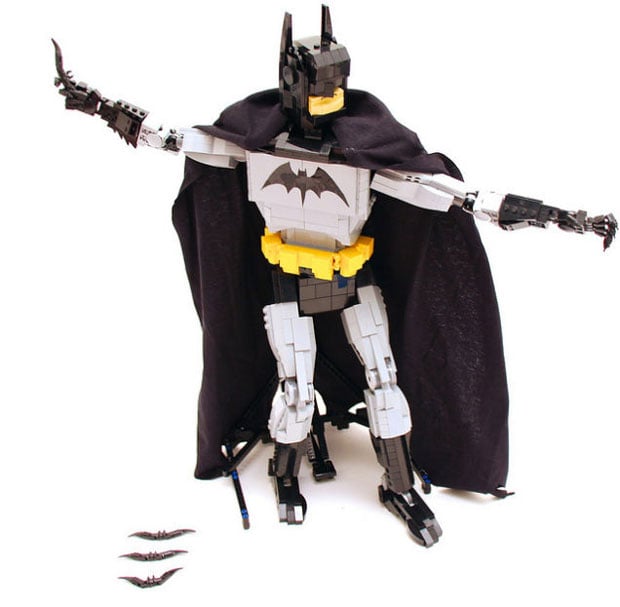