We already have several ways to protect ourselves from mosquitoes, and even more are on the way. So why would something that only tells you that mosquitoes are around earn Google’s approval? Because that same device can help scientists find out the big picture about mosquitoes. 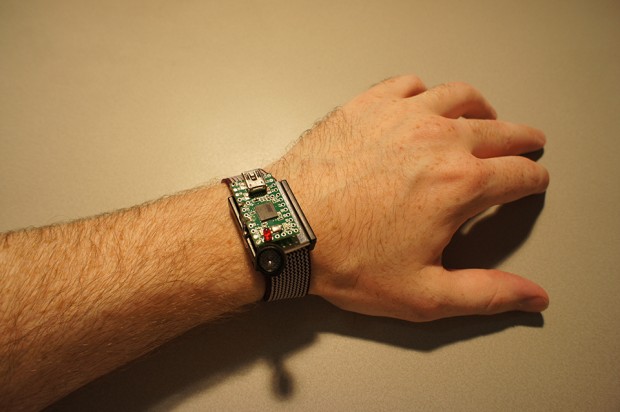 The image above shows the Royal Botanic Gardens, Kew and Oxford University’s prototype for the wearable sensor. The company recently won £500,000 (~$830,000 USD) plus technical support at this year’s Google Impact Challenge UK for its device. According to Kew, the device – which can also be replaced with a smartphone and an app – will be able to “detect and identify the mosquitoes to species level via their unique wing-beat.”

When the device detects that a mosquito species known for carrying diseases is nearby, it will emit an audible alert. But as Kew attests, the main goal of the device is to crowdsource data gathering: “This acoustic data will be combined with daily recordings of temperature and humidity and detailed remote sensing and vegetation mapping to understand how different mosquito species interact with plants in their habitat… Ultimately, we hope that the rich datasets created by the project will help to refine and adjust how mosquito control programmes are planned and delivered all over the world.” Here’s the Press Association’s report on the technology:

I wonder if its possible to make a similar warning device for other animals. I’d love to have one for spiders and snakes.

[via Kew & Google via DamnGeeky]