What if Darth Vader had been evil, yet still managed to be a good father to Luke and Leia? I don’t think he would have had a hard time getting them to go to bed, he could have force choked them to sleep I think. Still, if that didn’t work and he needed a bedtime story to read the little ones, Goodnight Darth Vader would be it. 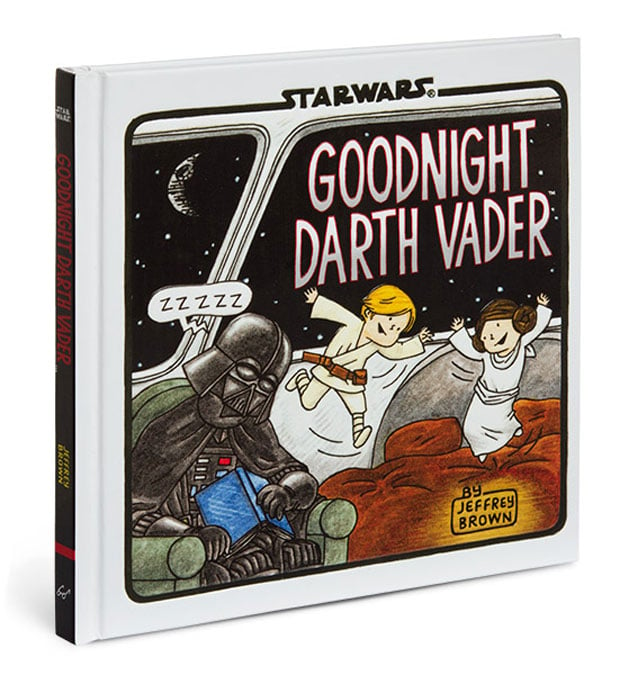 The 64-page book shows all sorts of characters from the Star Wars universe as they get ready for bed. The book has Yoda, R2-D2, Han Solo, Chewy, Darth Maul, and a bunch of other characters being tucked in for bed time. It was written by Jeffrey Brown, who also wrote Darth Vader and Son and Vader’s Little Princess. 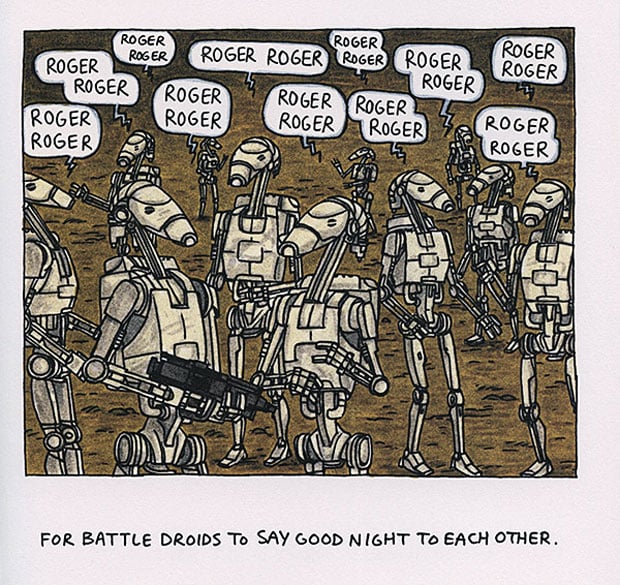