Angry and worried that her children were not answering her calls and texts, Sharon Standifird decided to create an app that would let her lock her kids’ phones down. She learned how to develop for Android and eventually created Ignore No More. Hide your phones kids. 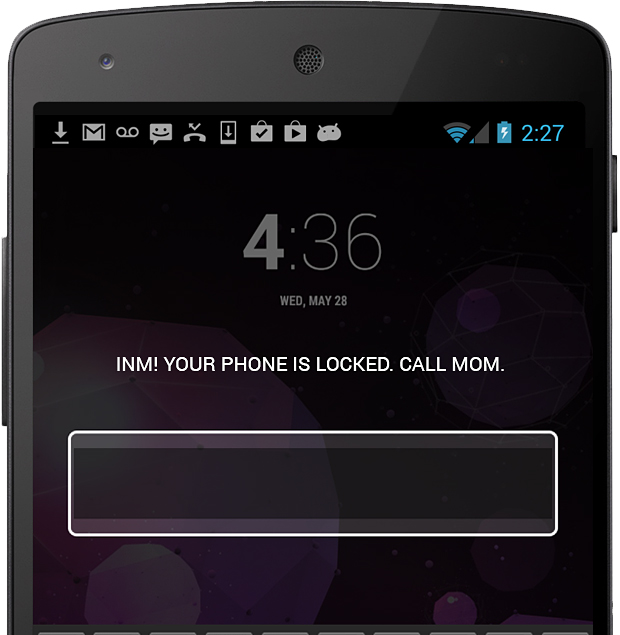 Ignore No More needs to be installed on both the “parent” and “child” phones. The parent(s) will create a user account and a master password on their phone, and then set it to child mode on the phone or phones that they want to control. 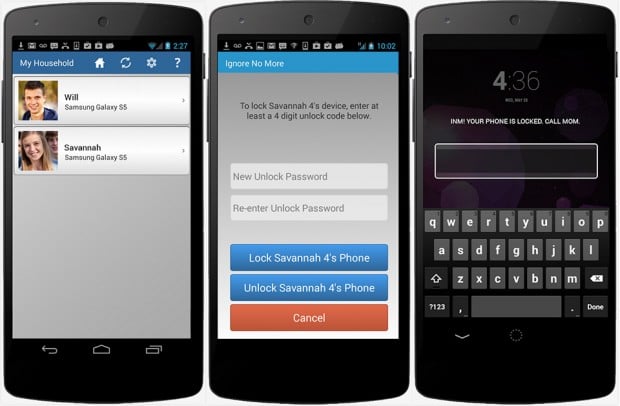 Once that’s done, the parent can remotely lock the child phone simply by entering the master password. The child phone will be restricted to calling emergency numbers as well as other contacts that the parent has specified until it’s unlocked. A household account can have multiple parent accounts, multiple children accounts or both. Just know that you’ll have to purchase the app for each phone you add, whether or not that new phone will be used as a parent or a child phone. Here’s CBS New York’s feature about the app:

Poor kid. Hey, if it wasn’t for you and your sibling, your mom wouldn’t have learned how to program. You can get Ignore No More from the Google Play store for $2 (USD). It’s not foolproof – booting into safe mode will enable the owner of the child phone to delete the app – but I think there are some people who can benefit from this app. The problem here is that you need to somehow get a hold of the other person’s phone long enough to install the app. Good luck with that folks.

[via CBS New York via The Mary Sue]