Thanks to a number of exploits, the Nintendo DS had a healthy homebrew scene. But the exploits also led to one of the most convenient forms of video game piracy: flash cartridges, or flash carts. Thankfully, homebrew fans could be in for a treat, because hacker Smealum is working on a homebrew channel for the Nintendo 3DS using an exploit that isn’t enough to play pirated 3DS games. 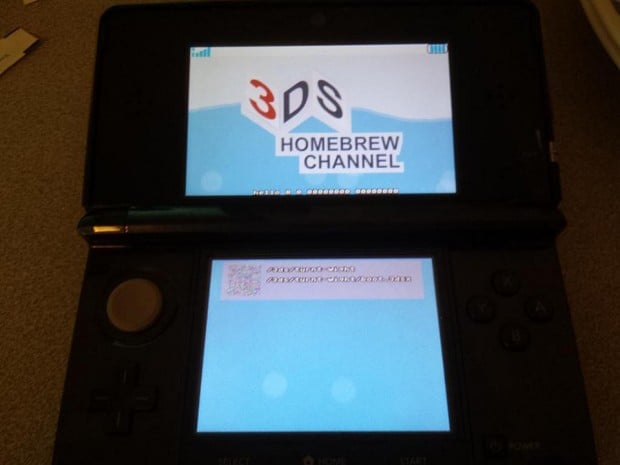 The image above was shared on Twitter by programmer Gerald McAlister, who is working on the menu for Smealum’s homebrew channel.

According to Smealum’s Twitter updates, the homebrew channel will work with firmware versions 5.0.0 to 8.1 (i.e. the latest version), as well as European, Japanese and US versions of the 3DS. Smealum has also said that you won’t need to get a flash cart to load the homebrew; though you’ll probably have to load a couple of files on the 3DS via an SD card.

.@MasterofJP exact requirements will be anounced in due time. no flashcard (DS or 3DS mode) will be required.

Last March, Smealum wrote on his blog about his progress on the homebrew channel, where he specified that he’s using an exploit that “can not by itself allow piracy” but is good enough to run homebrew programs. It looks like that’s still the case:

ok i'd like to make one thing clear : our homebrew menu cannot load roms. the pics you might have seen showed a test for ICON parsing code

Note that even if Smealum’s work won’t let people play pirated 3DS games, it could still let people play illegally downloaded games for older systems because it can support emulators. But those are two different things entirely, and it could mean the difference between a patched exploit and an even more robust 3DS library.