The plastic used in most 3D printers come in the form of rolls of filament. But Sculptify designed its David 3D printer to use pellets instead, hoping to make their device print in a wider variety of materials while saving users money in the process. Will it succeed even though it goes against what is practically a standard? 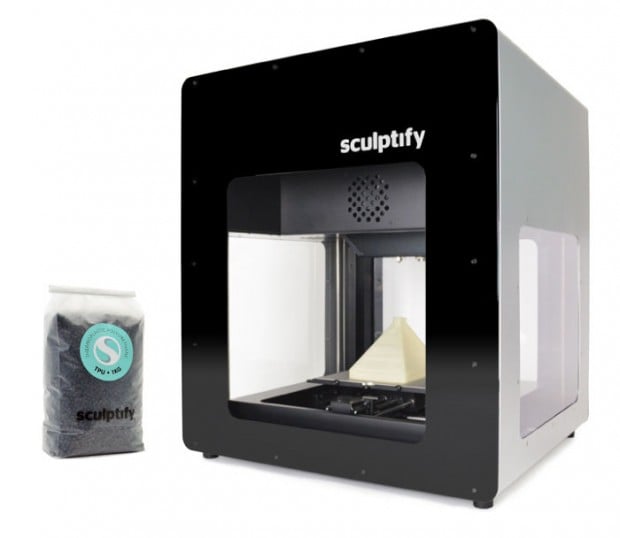 According to Sculptify, many of the plastics used in 3D printing actually come in the form of pellets before they’re turned into filaments. By skipping the other processing steps, 3D printing pellets should be significantly cheaper than their filament counterparts. For instance, Sculptify claims that it will sell 1kg of PLA pellets for $18 (USD). That is indeed cheaper than 1kg of PLA filament, which typically costs $20 to $30 (USD) and can even go as high as $48.

While it will sell its own brand of pellets, Sculptify says that you’ll be able to buy and use pellets from other sources. Although the company has yet to reveal the standards for pellets – the size, shape, etc. – the idea is that you’ll be able to buy or perhaps make pellets from a wide variety of materials. Sculptify itself will be selling pellets for PLA, ABS, TPU, EVA as well as nylon and wood composite. David can even print an object out of different materials, but you’ll have to empty its hopper before you can load a different kind of pellets.

Let’s hope Sculptify’s calculations on savings are accurate, because its printer is on the higher end of the prosumer price range. Pledge at least $2,745(USD) on Kickstarter to receive a David 3D printer as a reward.