Batman sightings on the Internet are a dime a dozen, but in the real world, you don’t see Batman very often – even if you go to Gotham City. Wouldn’t it be cool if you looked out the car window while you’re driving down the highway and saw The Dark Knight? 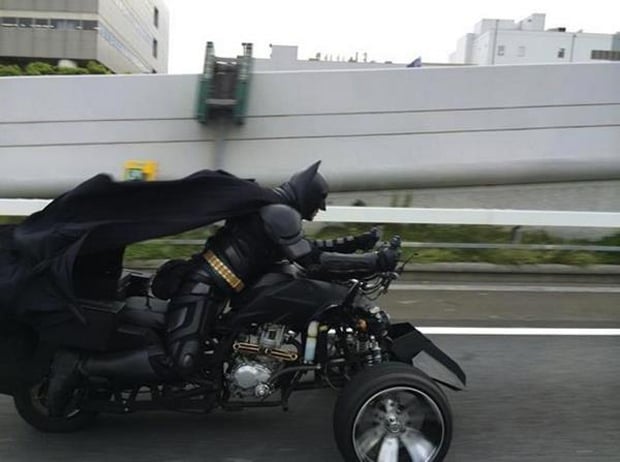 Well, this past weekend in Japan, that happened to several people. Batman was spotted on his three-wheeled Batcycle. Ryuuchan spotted him in Chiba Prefecture and took these pictures. We don’t know if he was on his way to face off against the Joker or just out having a ride on a nice day. 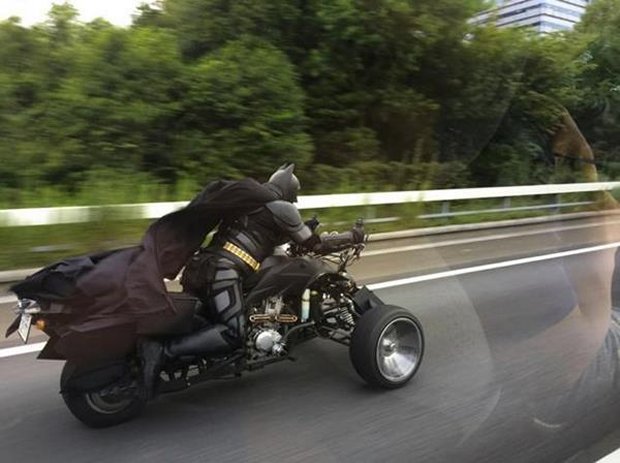 Whatever the case, Batman is looking good and he is on the job.

[via Kotaku via Fashionably Geek]