Best Dad Ever Builds Hovercraft for His Kids

This YouTube user aptly named “Papa” built a hovercraft for his kids. He wins the father of the week award. He could have just built vehicle with wheels and they would have been happy, but he went the extra mile and added hover capabilities. 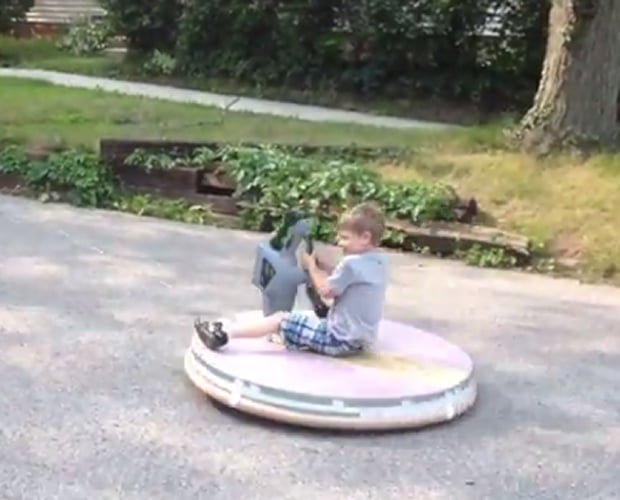 This video actually shows his second attempt at the project. Looks like it is working pretty well, and those kids are having a blast.  This hoverboard is made out of a polystyrene insulation board and has a hand vacuum and a rope for steering. Pretty basic stuff, but oh so awesome when you are a child taking it for a spin.

Head over to YouTube to check out the video of the hovercraft in action.

Dads everywhere better pay attention and step up their game.