We’ve featured a couple of concepts for and attempts at 3D printing a house. A contractor in Minnesota named Andrey Rudenko appears to be really close to becoming one of the first to 3D print a home. Andrey made his own cement-extruding 3D printer and tested it by printing a castle playhouse. 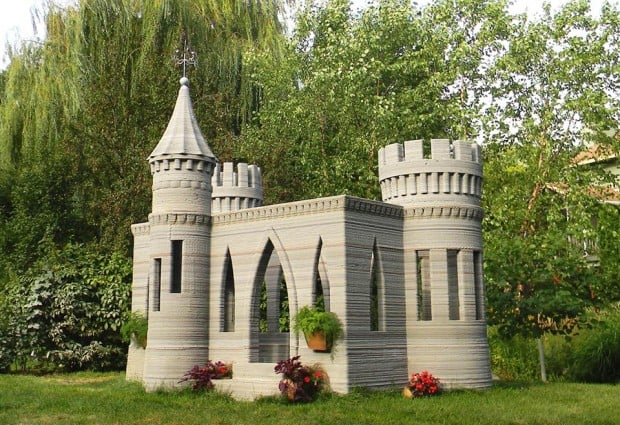 3D Print has followed Andrey’s project in the past few months and recently obtained images of the finished castle. The high-tech carpenter behind the beautiful building is based on the RepRap Project. Andrey printed the castle by laying down 10mm x 30mm layers (approx. 0.4″ x 1.2″) of concrete, but he says his printer is not limited to those dimensions. Here’s 3D Print’s video of Andrey’s printer:

Andrey originally estimated that he could only print 50cm (approx. 20″) high layers at a time to prevent the structure from sagging. It wouldn’t have been a bad pace because it took 8 hours to print that high anyway. But thankfully it was warm enough when he was printing that he was able to create up to 100cm (approx. 40″) layers at a time. Going by his past interview with 3D Print, Andrey started printing the playhouse around May or June and was able to finish it this month. 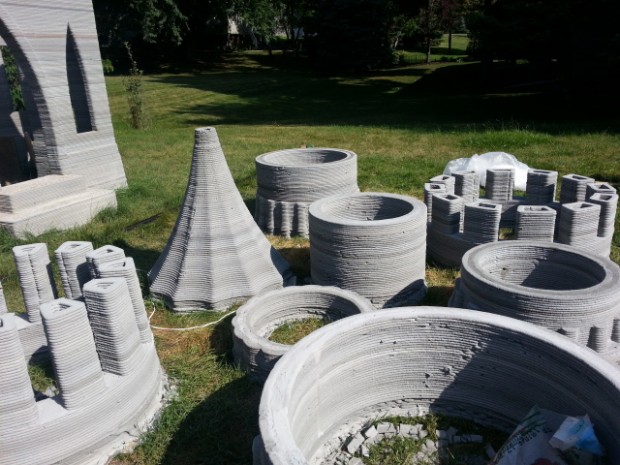 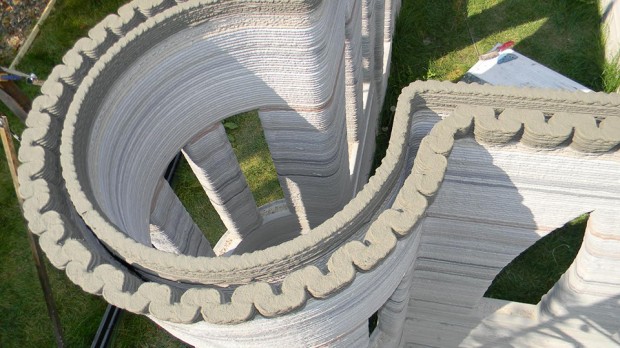 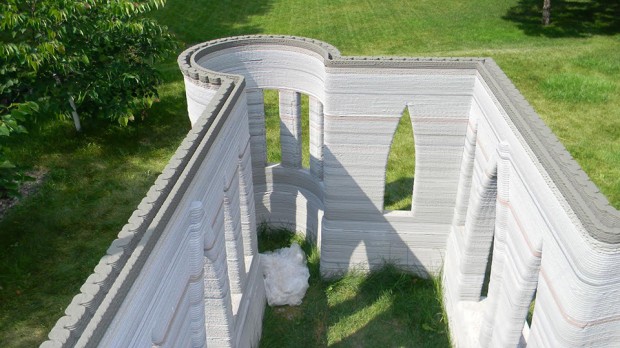 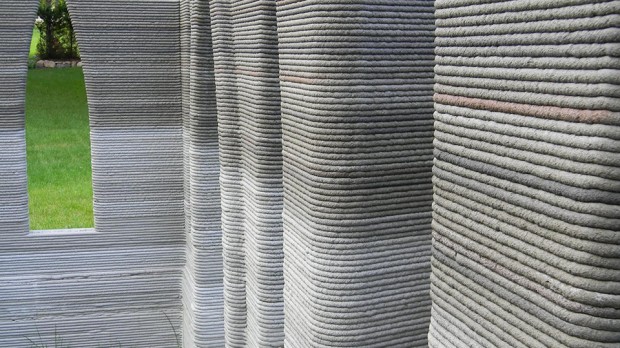 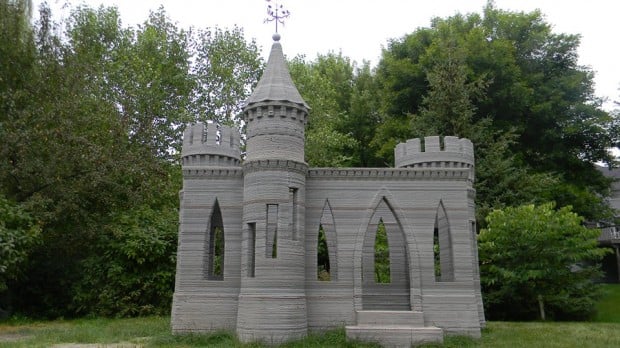 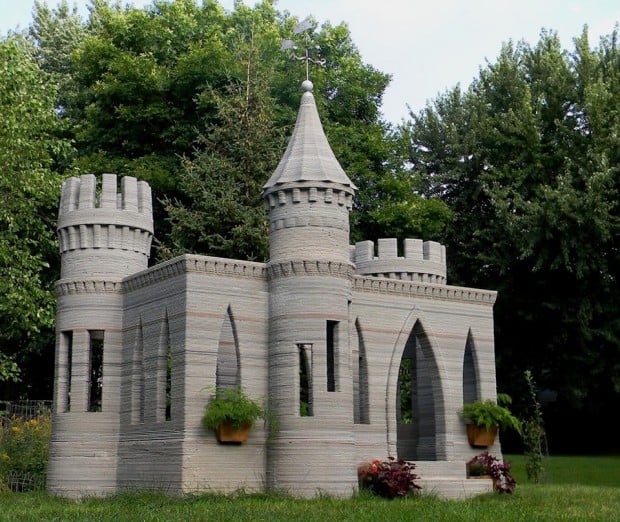 With the castle playhouse finished, Andrey is confident that he can achieve his original goal: to 3D print a two-story house. Andrey says he plans on printing the house in one piece, because he found lifting the castle’s spires to be quite the challenge. Sadly, he won’t be building his new house in Minnesota, as neither the printer nor the mixture can survive the state’s harsh winter.

Check out Andrey’s website for more on his project. He’s also considering taking on commissions, so feel free to get in touch with him if you’re interested in having a printed building.