Here’s a slick hack for makers. Instructables user TSJWang made a small radio transmitter that fits inside a Zippo case. He went to great lengths to ensure that his device still looks exactly like a lighter. But when you press on the flint wheel, instead of a flame a red LED lights up to indicate that the remote is transmitting. 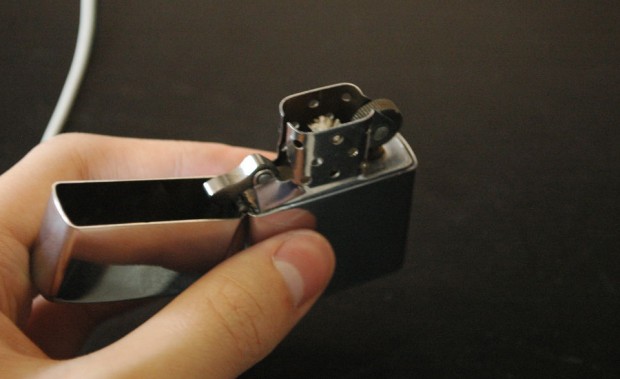 TSJWang got the idea from Captain America: the First Avenger. In the movie, one of Hydra’s assassins uses a similar device to trigger explosives. You can see the movie version of the gizmo at 0:20 and 1:51 of this video.

Obviously TSJWang would rather you kill a switch than a living being.

Hail hackers! Head to Instructables to find out how you can build your own Zippo remote control.