James Blaha has amblyopia or lazy eye, a condition wherein the nerves that connect one of the eyes to the brain do not develop. As a side effect, James could see only out of his “good eye,” losing depth perception in the process. Doctors told James that he would never see the world in three dimensions, but virtual reality changed his actual reality. 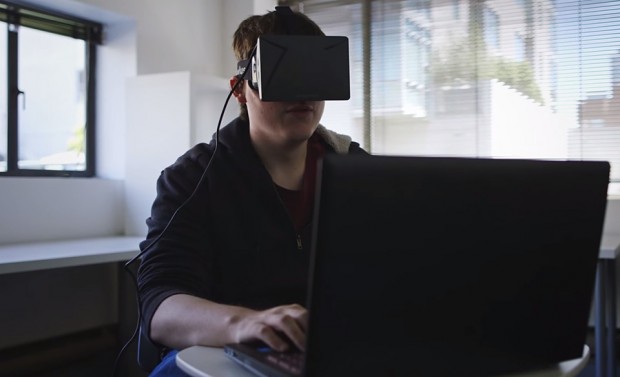 It was previously believed that lazy eye could only be treated up to a certain age. But James has been following research about curing lazy eye in adults, and this eventually led him to try the Oculus Rift. You see, lazy eye leads to a lack of depth perception not because the “bad eye” isn’t functional. It’s because the eye’s poorly developed nerves result in blurry or delayed images. To simplify things, the brain ignores the feed from that eye in favor of the input from the good eye. The result is clear vision, but without depth perception.

With the Rift and its dedicated display for each eye, James saw the potential to correct his condition. This led him to develop Diplopia, a virtual reality game designed to combat lazy eye.

Diplopia’s fundamental mechanic is that it distributes the visibility of crucial objects between the two eyes. The game can also increase the brightness and contrast of the graphics that are seen by the player’s weak eye while doing the opposite with the graphics meant for the good eye. These tweaks force the brain to use both eyes to form a more complete image. James testifies that “[b]y playing Diplopia about 20 hours total, 15-30 minutes a day over 5 weeks, I was able to gain the use of my weak eye and see the world in 3D for the first time in my life.”

Diplopia is actually the medical term for double vision. But far from just having a clever pun, Diplopia (the game) can also reduce the effects of diplopia (the condition).

Diplopia will be released later this year for $399 (USD), but right now you can donate $99 to James’ company Apollo VR and you’ll receive a copy of the game when it’s released. Apollo VR will use the donations not just to finish Diplopia but to give copies of the game and even Oculus Rift units to people who could use the treatment but can’t afford it.

[Diplopia via The Verge]