Like Amazon, it appears Google has been mulling the use of drones to deliver goods. The company recently unveiled its Project Wing, a system that uses drones with the goal of delivering goods within two minutes after an order is placed. That’s a beam saber to the heart of courier companies. 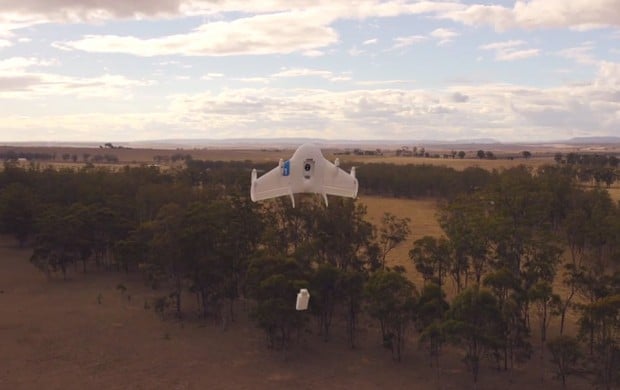 According to The Atlantic, Google has been working on Project Wing for two years now. Its current drone prototype is a small tail-sitter – an aircraft that takes off and lands on its tail, similar to rocket spacecraft. Unlike Amazon’s drone, which drops almost to the ground to deliver its payload, Project Wing’s drone uses a winch to lower its cargo. Google resorted to this method as a safety precaution, but it also presents its own set of problems, such as the winch being stuck or tangled. To counter these problems, Google added an “egg” at the end of the winch that “detects that it has reached the ground, releases the delivery, and signals that it should be cranked back up.”

Have your browser deliver you to The Atlantic for the full story of Project Wing. It’s still very early days for the project and for mass mobilization of drones in general, even if you just consider the legal hoops that such a system would have to go through. Google still has time to develop Project Wing Zero and Project Wing Zero Custom.

[via The Atlantic via The Next Web]