Star Trek: The Next Generation Cast Selfie Photobombed by Kirk 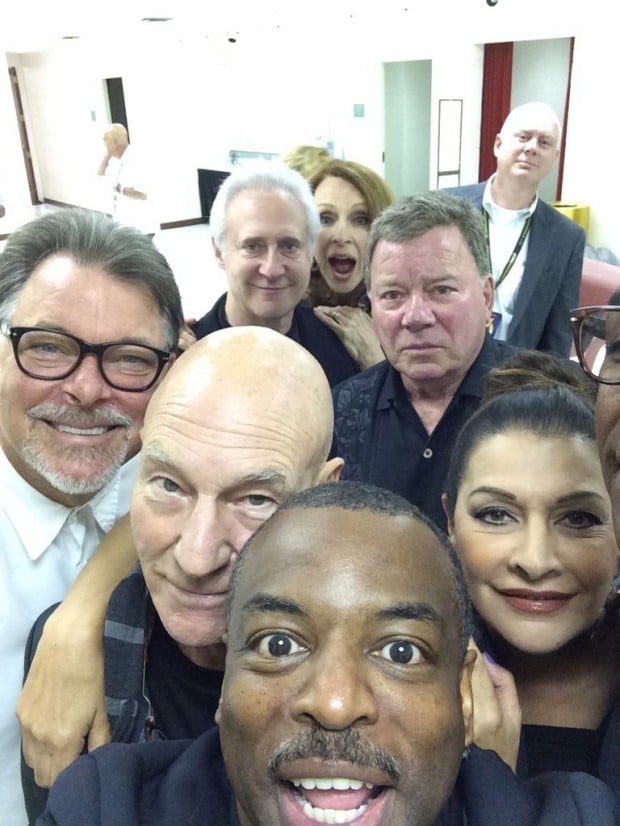 At the recent Wizard World Chicago Comic Con much of the cast of TNG was on hand and naturally, selfie taking ensued. In this photo snapped by LeVar Burton, we get Patrick Stewart, Brent Spiner, Jonathan Frankes, Gates McFadden, Marina Sirtis, Michael Dorn. At least Dorn’s cheek is in the image since he was mostly cut out. In the center of the selfie, you will also notice William Shatner crashing the image, though he’s looking a bit grumpy. 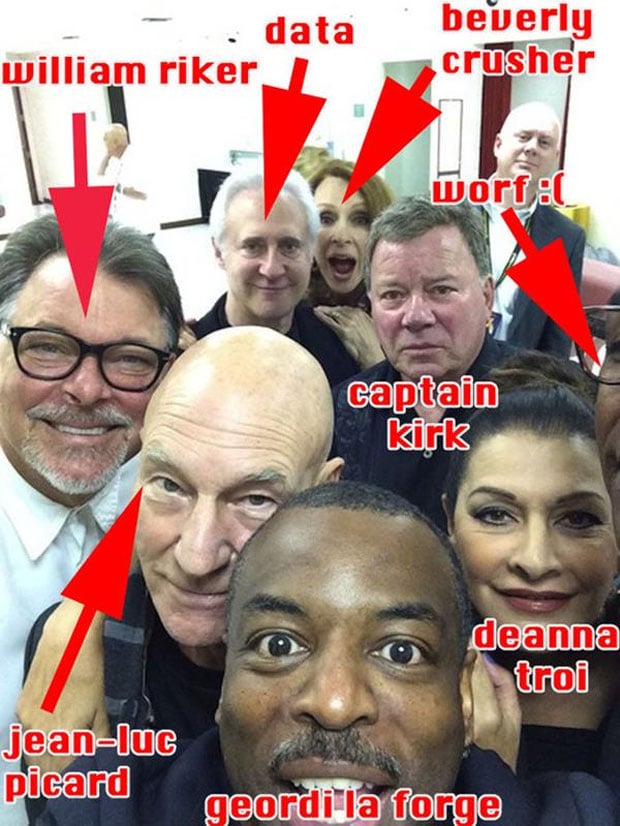 There is also a hapless dude that appears to just be hanging out behind the actors. All I know is that Dr. Crusher still looks good after all those years and Picard looks the same, must be all that Earl Gray tea.