Where does he get those wonderful toys? Apparently from Hollywood Collectibles Group, who has a limited edition set of three authentic replica Batarangs for sale from the Michael Keaton Era of Batman. 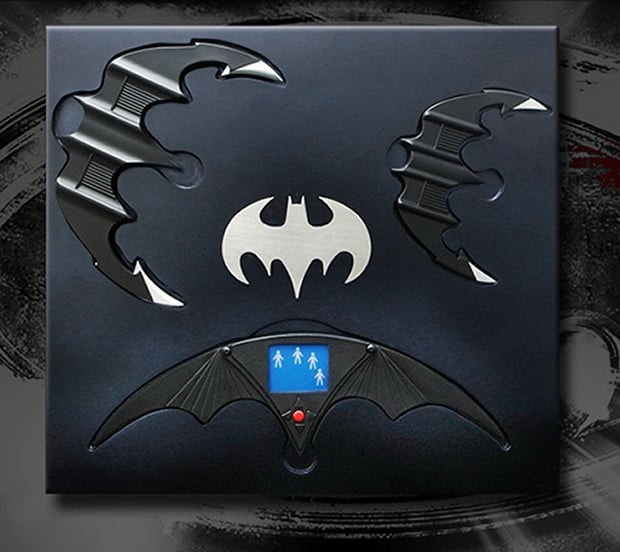 You get two Batarangs based on the ones used in Batman and one with an LED display that was used in Batman Returns. We can never have enough batarangs. You never know when you might have to take up the cape and cowl and defend Gotham. 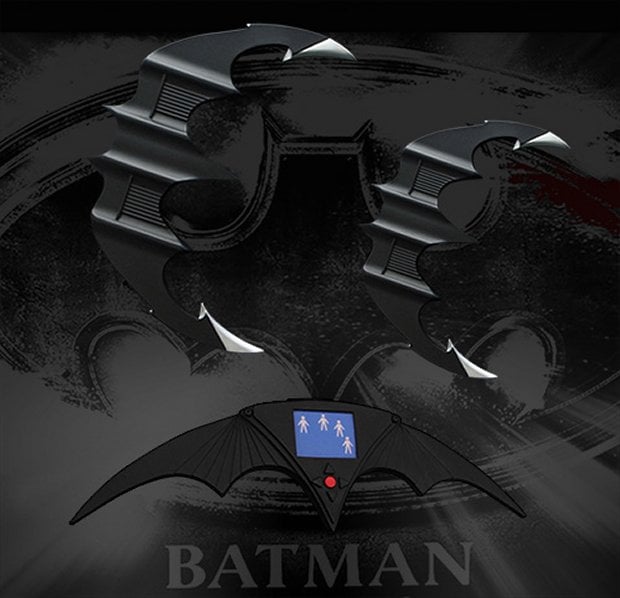 All three batarangs are mounted on a display stand, but you can detach them in case of emergencies. Or you know, just to throw them around and stuff. The Batman and Batman Returns Batarang Set will cost you $500(USD), and just 100 sets are being made