It may not be the most beautiful or complex costume in the world, but Redditor transcoder’s War Machine suit was made with cutting edge tech. Transcoder used a RepRap i3v 3D printer and about $1,000 (USD) worth of plastic for some of the larger parts – including the guns – while the rest are papercraft. He also installed a 40mm fan inside to keep him cool. 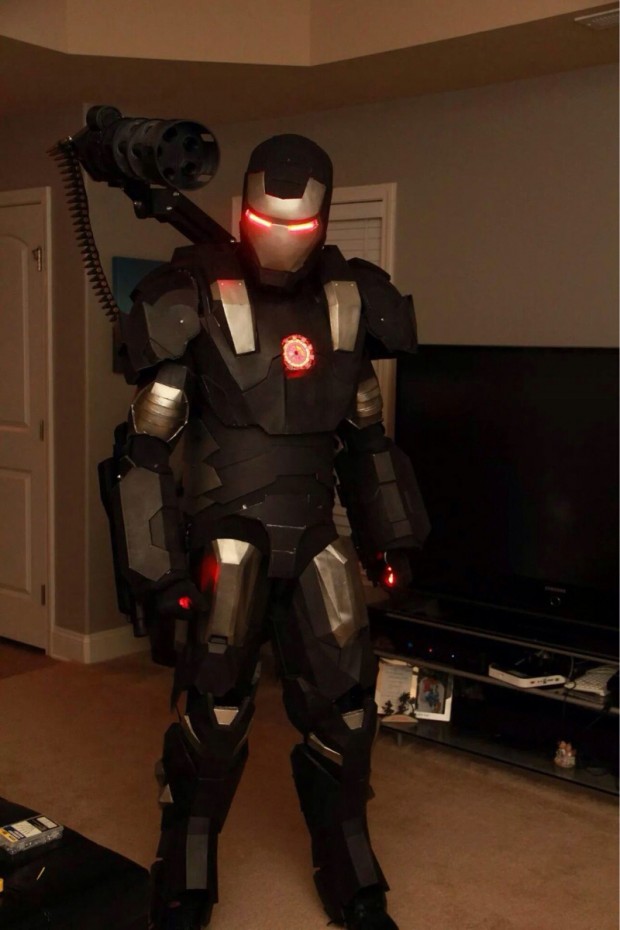 Transcoder will be showing this off at this year’s DragonCon, after which he’ll release the 3D files for the costume.