I am a fan of some Asian food, at least when it’s been Americanized. I am not such a fan of some of the strange foods served in Japan, they seem rather gross to me. Case in point: McDonald’s in Japan is set to roll out a new milkshake for fall that is called Purple Sweet Potato, or at least that is what the name translates too. 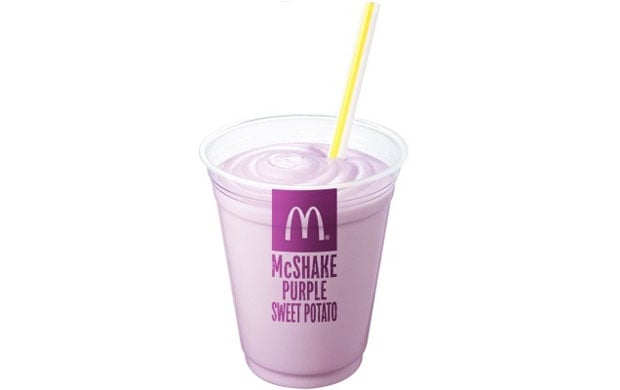 It’s apparently called marasaki imo in Japan. Apparently, this is serious fall food in Japan; someone who lives there will have to verify that for me. It will go on sale in Japan on September 10.

Perhaps in Japan, this flavor shake is no stranger than Pumpkin Pie (or a Shamrock Shake) is here in the U.S. Regardless of how weird it sounds to me, it’s sort of cool to hear about the food McDonald’s serves in other countries.