Scientists Sent a Direct Brain-to-Brain Message Via the Internet

Communication is a messy business. If it weren’t for miscommunication, Hiroshima and Nagasaki may well have never been bombed, the light brigade would have survived the Crimean War, the Korean war could have been averted, the Battle of Karansebes wouldn’t have been so much like an Adam Sandler movie, and the Mars Climate Orbiter would have completed its mission. Things would be better if we could just send thoughts directly from brain to brain via some sort of international network. 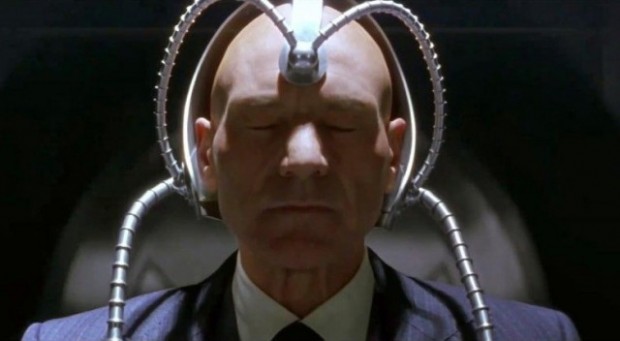 We already have that network (it’s called the Internet), but the ability to send thoughts from one brain to another has eluded us thus far. Luckily, or perhaps horrifyingly, scientists from Harvard University have managed to send a very simple thought from India to France. The sender could move his arms to send a “1” or his legs to send a “0” and that information was extracted from his brain using electroencephalogry. The three participants who received the message in France’s brains’ visual cortices were stimulated via electromagnetic induction and the message was thusly passed. I’m not sure exactly how this differs from the University of Southampton’s experiment conducted several years back, but their flowchart is so much more professional looking. 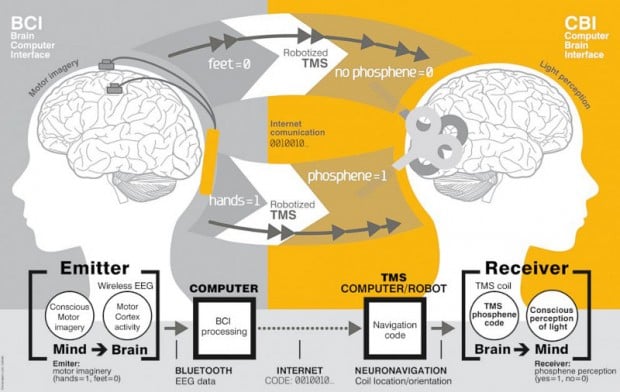 Of course, this is a very basic form of communication, and it’s nowhere near useful yet, but we’re sure someone out there is frantically working on a sex-over-IP application. We all know it’s only a matter of time. As much as tele-boning does sound like fun, when this becomes more precise, the possibility for teachers to impart information to students directly from brain-to-brain could possible be one of the biggest moments in our species’ development.