Darth Vader was a very serious guy. I can only imagine he would be more than willing to Force choke the crap out of someone for being late. No one on the Super Star Destroyer Executor wore a watch, but if they did I imagine they would have looked something like these Star Wars Imperial Chronometers. 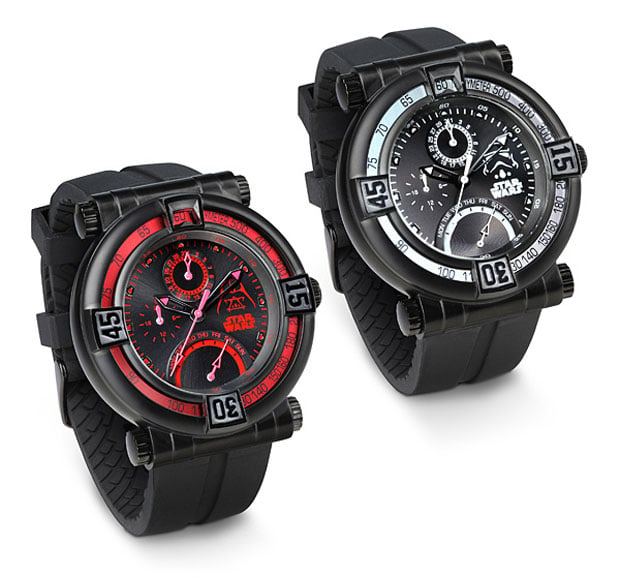 There are two versions of this watch and they are functionally identical. Both have black cases and a black rubber band. Etched on the face of the red watch is a silhouette of Vader’s helmet. On the white version of the watch, you’ll find the silhouette of a stormtrooper. 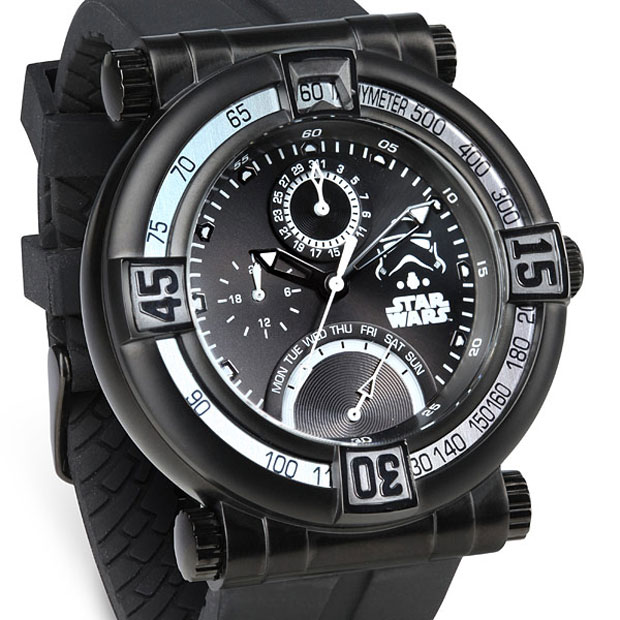 The watches use Japanese movement and are officially licensed Star Wars gear. Each of these watches sells for $129.99(USD) and they are available to purchase now on ThinkGeek. 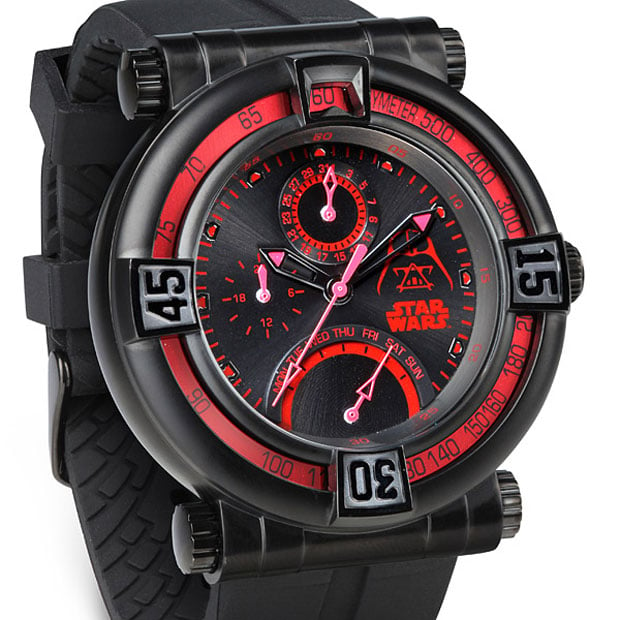