Here’s a great story where technology, art and compassion meet. e-NABLE is an organization that designs affordable 3D printed prosthetic hands for those in need. e-NABLE volunteer Aaron Brown recently thought of making a colorful prosthetic hand to show to a children’s hospital. Being from Michigan, Aaron decided to use the Michigan Wolverine’s yellow and blue. But what’s a Wolverine hand without claws? So Aaron made a removable set of claws that can be attached to the hand with Velcro. 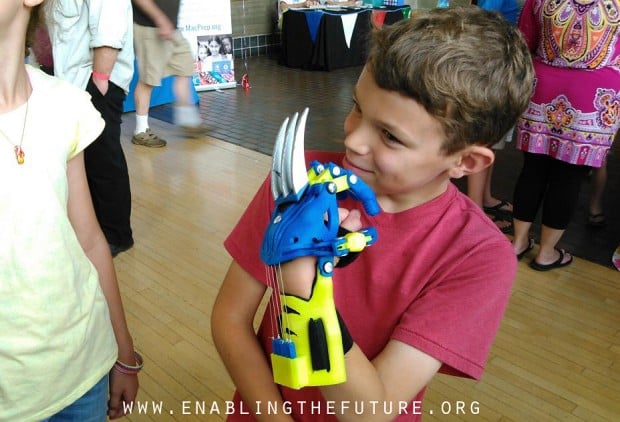 Aaron based his hand on e-NABLE’s Cyborg Beast design. He made sure to keep the claws dull and rounded to minimize the risk of harm. 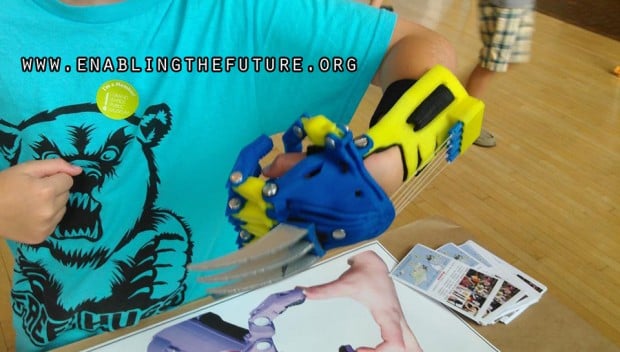 Aaron said his Wolverine hand was a hit when he brought it to Maker Faire Michigan. Seeing how people reacted to it, he’s now planning on making other superhero prosthetic hands for kids. He says he’s also working on designs for adults, particularly military veterans.