This Robot Crawls Through Acid, Ice and Fire: Is Squishy

This robot, developed at Professor George M. Whitesides’ lab at Harvard University has recently become untethered, so it is off the leash. This creepy crawler is super tough and can function in subzero temperatures, 40 km/h winds, puddles of up to 5 centimeters of water, and 3,000 Kelvin methane flames for up to 50 seconds. It’s also resistant to acid. You basically can’t kill it. 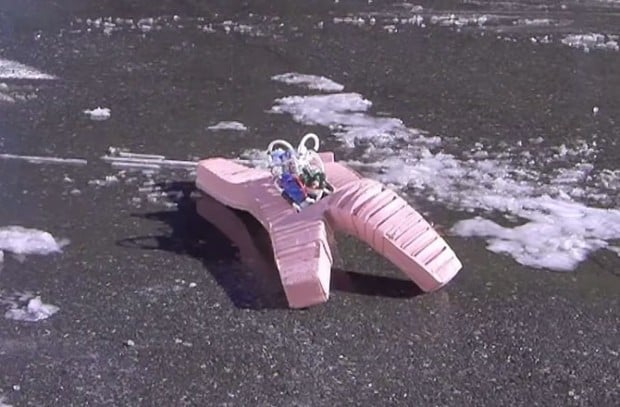 It has two hours of power on a single charge and cost only $1,111(USD) to put together. Look at how creepy it is as it crawls around, not dying as it ambles through flames. Now I know what’s creepy about it. If you put a head between the two front appendages it would look like a crawling baby.

A creepy, squishy crawling robot baby in a jumpsuit that can survive anything. Great.