“Tetropolis” Is a Side-Scrolling Adventure Starring a Misshapen Tetris Block

Tetris is one of the greatest games ever made. There’s something that fascinating, mesmerizing, and addictive about putting various blocks in perfectly fitting holes, even if the Tetris god never graces you with the line piece you need. Tetropolis, which is on Steam Greenlight and Kickstarter now and is planned to be released for Windows, Mac, Linux, and Ouya, imagines a bizarre back story behind Tetris, complete with the unfeeling incineration of blocks that aren’t “perfect.” That’s right, Tetropolis is the story of two blocks who didn’t come out in one of the standard tetromino shapes, and must join forces to create proper block. Will they find their way into a game, or will they decide that they don’t want to? 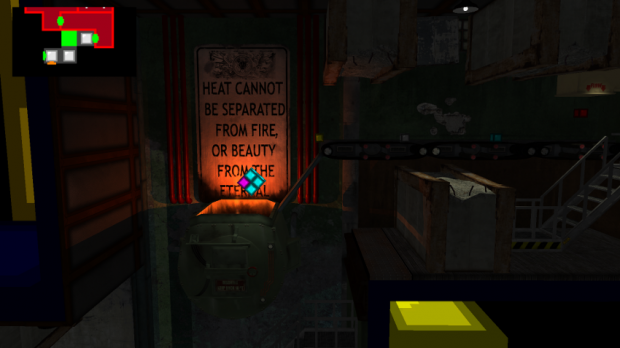 Throughout the game, which is designed as a classic metroidvania, the player has to explore by using the special abilities of the tetromino shapes. For example, a square can smash destructible objects and enemies, while a line can scrunch up like a spring and jump across the screen. Interestingly, the theme doesn’t end there: the levels are also made up of tetromino shaped sectors that the play can, at certain points, rearrange in order to unlock new areas of the game. That’s a very clever idea, and we’d love to see it applied to D&D’s Undermountain some day.

Right now, the games Kickstarter doesn’t seem to be going all that well, which is a shame, so get on Steam Greenlight and try to get this game made. It’s always fun to see some real originality in game-design.