Earlier this year Intel unveiled Edison, its first low-cost system-on-a-chip. Its production version is now available for pre-order, and while it’s changed its form factor it’s still an interesting or useful platform for tinkerers, students and entrepreneurs. 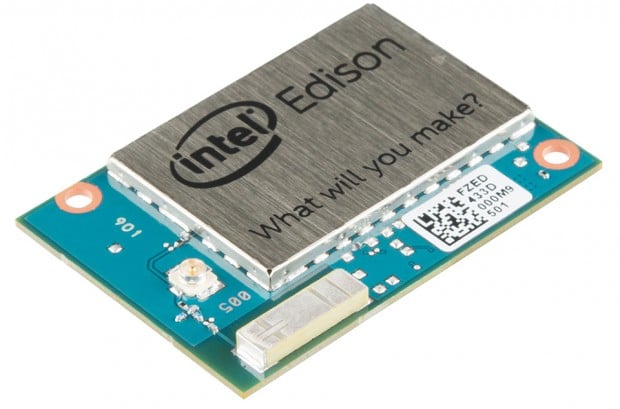 The Edison we saw earlier this year had the size and form of an SD card, but the production version is rectangular and slightly bigger than its predecessor. It’s still pretty tiny though. The Edison is useless without expansion boards, which is why it comes with Intel’s Arduino-compatible expansion board, which works with Arduino Uno R3 software and hardware. Intel also made a breakout board for prototyping. Here’s MAKE’s unboxing of the Edison:

Here’s Intel’s guide to setting up the Edison, which includes installing drivers and the Arduino IDE as well as flashing Linux on to the tiny computer.

To help you get off and running, Intel worked with SparkFun Electronics to create even more expansion boards, including a base board for attaching peripherals via microUSB, a 400mAh battery block with a charger and a 0.66″ OLED display block.