A Hawaiian boy nicknamed Bubba has himself a new hand. He was born without most of his right hand, and just had a custom one 3D printed for him for free by a nonprofit called E-Nable – the same guys who made that Wolverine prosthetic hand. But instead of going with the X-Men, Bubba is going to be an Avenger. His new hand looks just like Iron Man’s – minus the Repulsor Beam. Look at how happy he is about it. 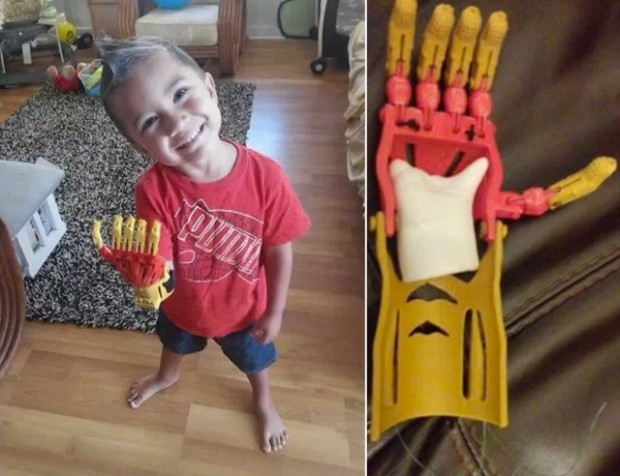 Several months back, his grandmother found E-Nable on the Internet and knew that it would change this little boy’s life. What used to cost thousands of dollars can now be made for $50 thanks to 3D printing technology. “As soon as he put it on and was able to close the hand, his face just lit up,” Waikiki said. “I’m not sure if the video, you can hear it on there, but he does say, ‘I can hold my own hand.'”

That is one awesome grandmother. Most just offer you hard candy and embarrass you in public. This one changed this kid’s life forever.