Stirling Matheson is a California native and the son of a punk singer/guitarist and a painter/stylist, and proud owner of one of the world’s unlikeliest resumé. Since graduating from Butler University with a BA in Dance, he’s has worked as a classical ballet dancer and a writer, and is currently working for Complex Magazine, Technabob, and as the Artistic Director of Ballet Theatre of Indiana. 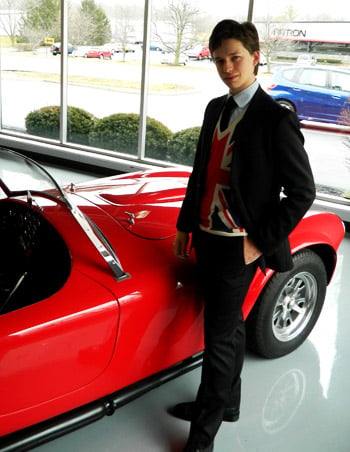 Stirling has been writing about cars since January of 2009 and made a career by giving an honest and sometimes sarcastic opinion, even when it made PR people angry.

Although his name is Stirling, with an “i,” he’s not named for Sir Stirling Moss, not that he’d mind.

He is into peak lapels; elegant weapons; rally cars; semicolons; hats; games, electronic and tabletop; and anything that could be associated with the phrase “British gentleman.” He spend his spare time (all six yearly minutes of it) practicing Taoist and Scottish martial arts, relaxing and dancing with his wife, playing the odd video game (Lots of TF2), and being ambushed by his cat.

The renaissance man that he is, Stirling will be writing about games, gadgets, cars, and other cool and unusual goodies he digs up.