Swiss pilot Yves Rossy is known around the world as Jetman because he made – and flies with – his own jet-propelled wing. Arizona State University (ASU) student Jason Kerestes also made a jetpack, but it’s not strong enough to make a man fly, nor was it meant to. It’s designed only to help its wearer move faster on foot. 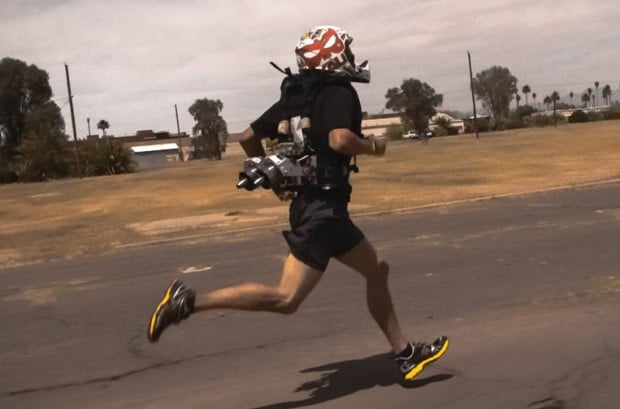 Working with his mentor and DARPA, Jason’s started Project 4 Minute Mile (4MM) to “create a wearable jetpack that enhances speed and agility.” Although his current prototype can’t live up to the project’s title yet, it was able to help a test subject run a mile 18 seconds faster than normal. The net effect is even more significant if you consider that the jetpack adds an 11.2lb. load to the wearer.

I’d like to see Usain Bolt run with the jetpack.

[via Arizona State University via Digg]