Sometimes I think too much when I am watching a movie. All I could think when the Bat Signal is glowing on the roof of the police department is what would happen if the crooks took out the power. Batman would be sitting at home watching TV with no idea the city needed him. 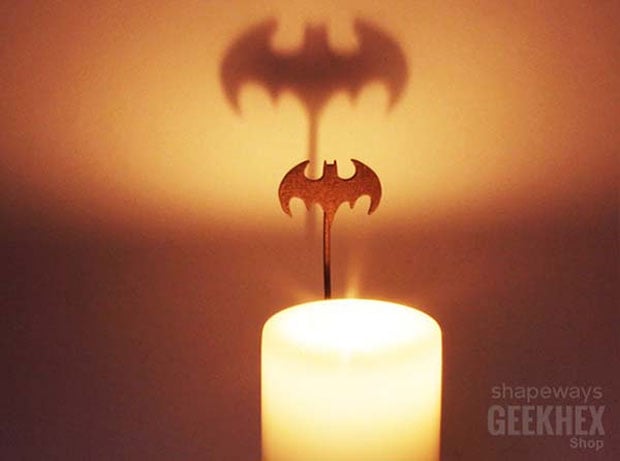 I think I have found the backup plan with these 3D printed candle attachments. All you need for this to work is a wax candle to stick the little pegs into. Once you light the candle, the bat symbol shadow will appear on the wall. 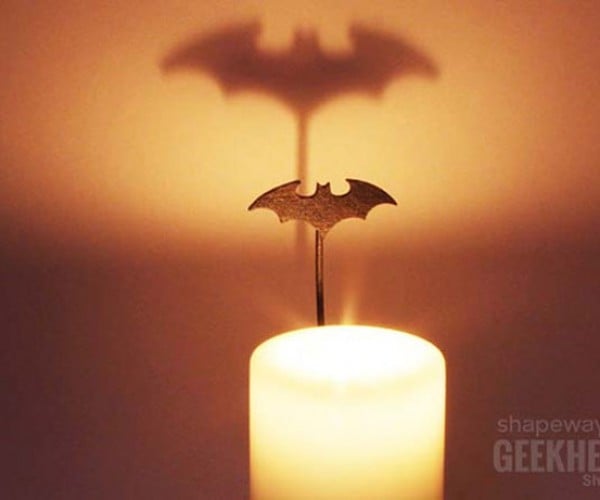 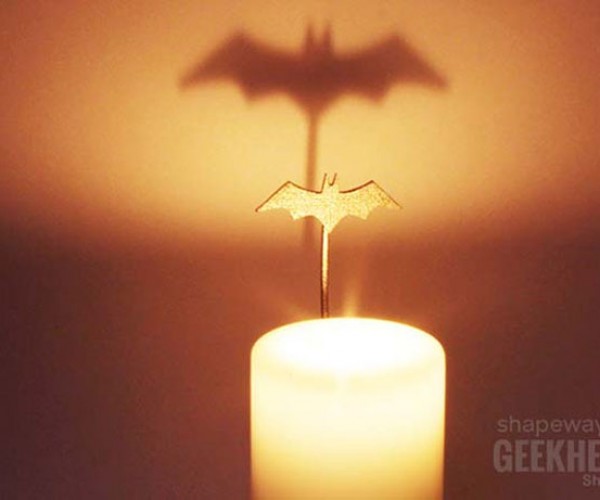 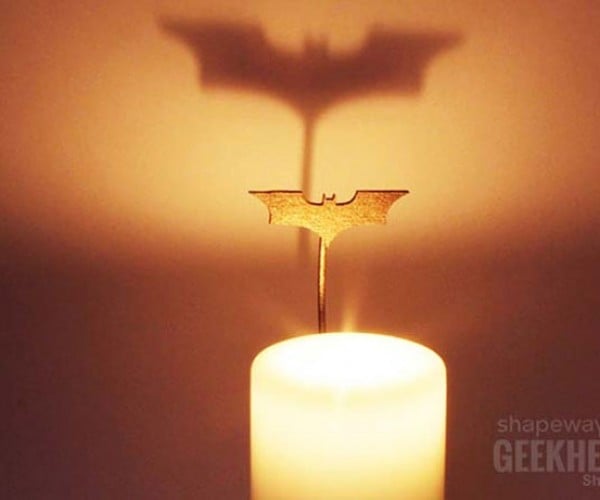 This would be the perfect way to call Batman to help you in a power outage. There are different shaped signals available and a company called GeekHex makes them. At $35 each, they’re pretty pricey though. You could probably make your own with duct tape, a toothpick, and a sharp knife.

[via OhGizmo! via Nerd Approved]