This Dangling, Cantilevered House Is Both Awesome and Terrifying

One of the first things a person who is thinking of building any sort of structure is told is to build upon a solid foundation. Normally, people then go find a piece of level, solid earth, and start going up from there. I don’t write about normal people, because they’re boring, so what you’re about to see is something entirely different. 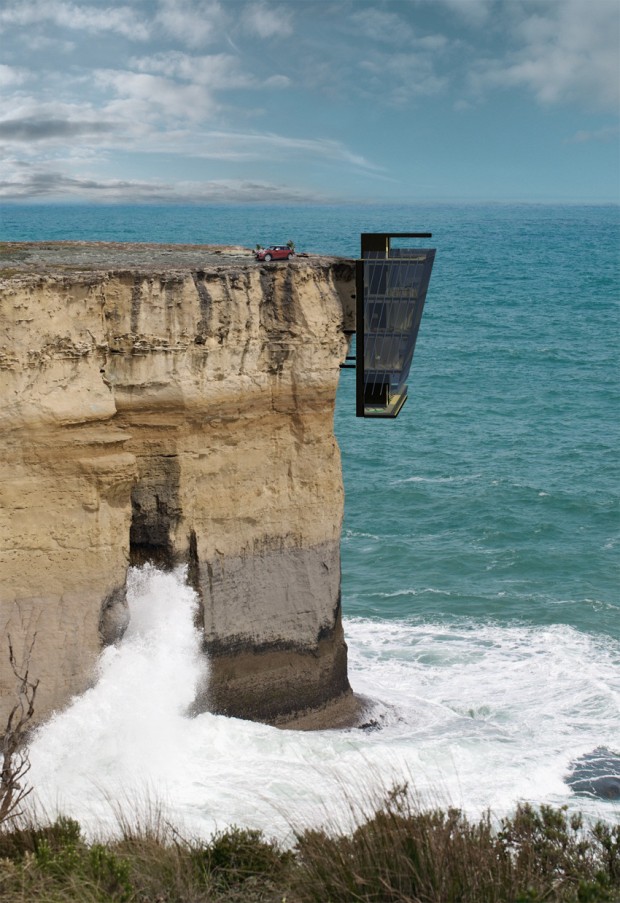 Modscape, an Australian architecture firm specializing in stylish prefab homes, has envisioned the rather uninspiringly named “Cliff House.” I would have called it something cooler, like “Observation Deck of the Gods” or “Sex Pad Pattern Omega.” What’s more inspiring is the actual design of the proposed structure. In the renderings, the entire structure hangs off the edge of a cliff, with only the garage at ground level. Below that are four levels of living space, each of which is surrounded by panoramic windows, so jealous hikers can spy on just how awesome your life is. (As it turns out, everybody just sits around in their underwear eating bean dip) 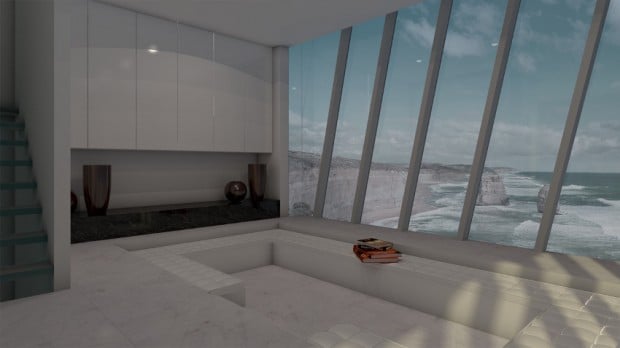 Sadly, this is just a concept at the moment, but Modscape would be happy to build the home for that special someone who has the balls to go through with it, ownership of the right cliff, and a lot of money. Mostly just that last one.