Giant Rabbit Turns up in Taiwan

What is going on in Taiwan? It looks like someone has drugged the Trix bunny. Nope. That’s just Moon Rabbit. Because why not? Let’s build a giant rabbit and prop it up against an aircraft hanger. 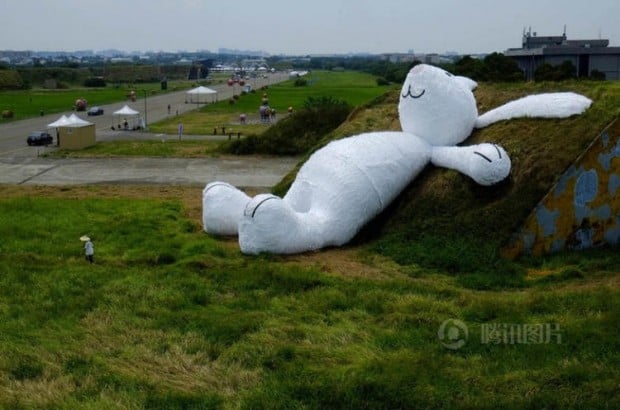 Moon Rabbit is the work of Dutch artist Florentijn Hofman. It’s a giant white rabbit sculpture, made for the Taoyuan Land Arts Festival in Taiwan. It measures 82 feet long and is covered with a rubberized paper that gives the sculpture a paper-mache look. 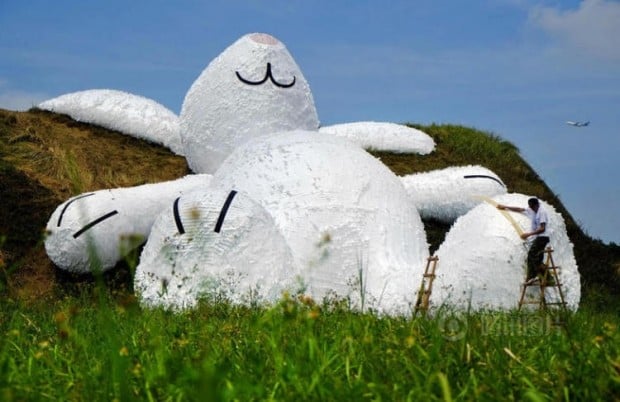 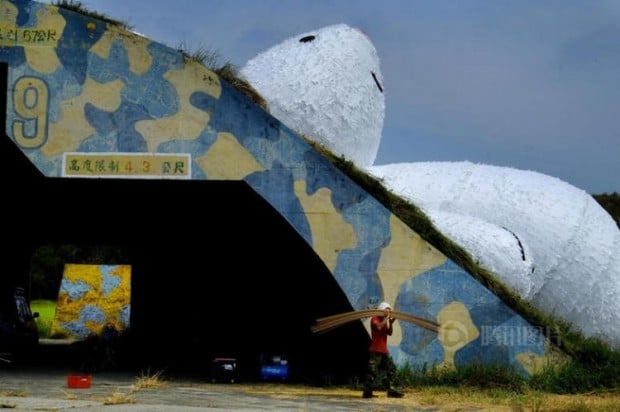 It’s kinda cool to see a giant rabbit just laying around on the countryside. It’s a good thing that the festival is at an old air base. Now this giant rabbit can lay against an aircraft hanger sunning itself all day.