Incoming Physics student Ollie Baker used the money he got from his Arkwright Scholarship to transfer the brains of a Sony Nex-5 into a Konica Auto S3, the latter being an analog rangefinder from the 70s. 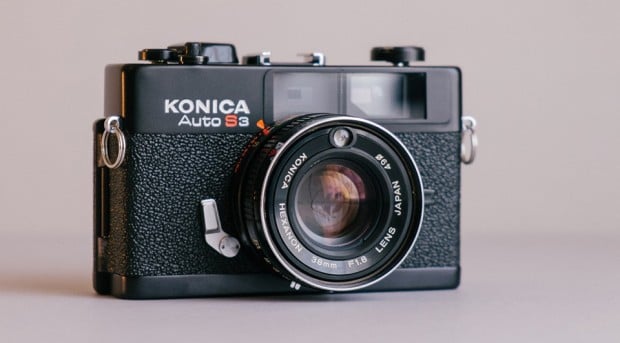 Ollie calls his resulting device the FrankenCamera (not to be confused with the open source project of the same name). He took and rewired the NEX-5’s “circuit board, sensor, SD card slot, battery connector” as well as its shutter motor, though he only included the latter because the NEX-5 would display an error message if it didn’t detect the motor. 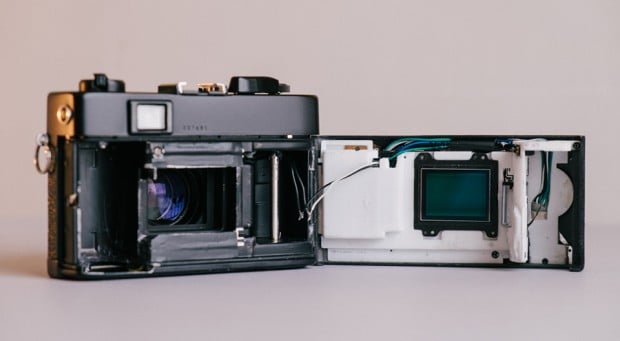 To fit the new components into the rangefinder, Ollie designed a new back plate, which he then had 3D printed. He also made a new power switch and trigger. The trigger activates both the NEX-5’s digital sensor and the Auto S3’s shutter, so that when the trigger is pressed “the film camera shutter is activated causing the sensor to be exposed as film would be.” Ollie left the NEX-5 on its “BULB” setting, meaning the FrankenCamera “doesn’t have a predetermined shutter speed but will take a photo as long as the shutter is pressed.” 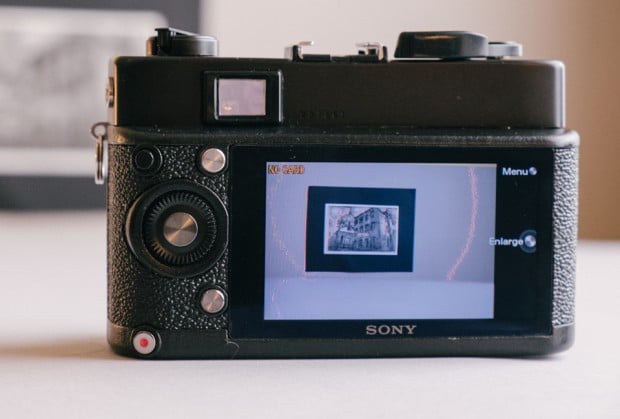 Ollie also calibrated the rangefinder for accuracy and the viewfinder to focus on infinity. Here’s the FrankenCamera in action:

Head to Ollie’s blog for more details on the FrankenCamera. He also posted a few photos that he took with the half-analog, half-digital device.