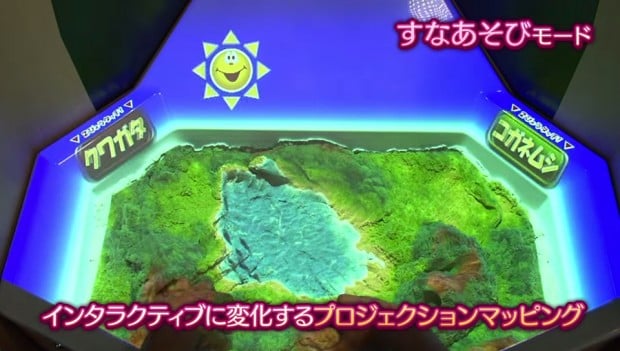 For instance, in the image above the game projected a lake on the area where the player dug a trench. Make a mound and the game could turn it into a mountain or a volcano with gigantic beetles spewing out of it. The virtual animals also react to touch, which in the hands of a child is most probably a reckless slam or punch. The video below also shows a game mode where the player is asked to replicate a shape or a formation.

I’d love to have something like that but for tabletop RPG sessions. Imagine being able to create different environments on blank cardboard tiles.