Wedding Ring Has a Piece of the Moon in It

Anyone can buy a diamond, but it takes a determined individual to buy a piece of the moon – that person being artist Andrew Johnstone. In this case, it also helps that Johnstone also happened to be the lead designer of this year’s annual Burning Man arts festival which is held at Nevada’s Black Rock Desert. 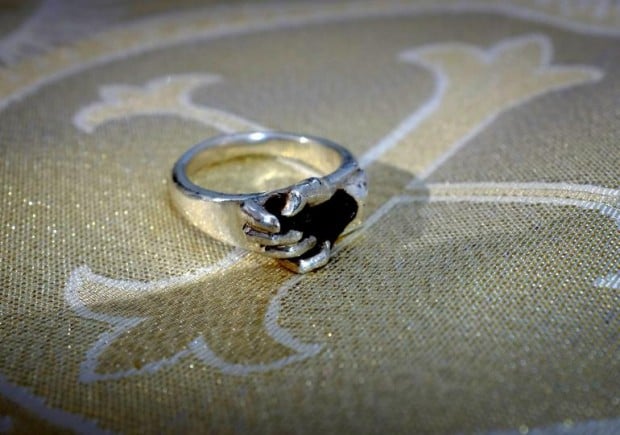 So you might be wondering: what does the Burning Man have to do with the moon? In Johnstone’s case, everything, because that’s how he came to know a meteorite dealer in Hawaii who sold him a piece of lunar rock (0.32 grams of Tranquillityite, to be specific) that he would use for his wife-to-be’s wedding ring. Johnstone had the ring 3D printed and the hand on its face holds the tiny bit of lunar rock.

Johnstone explains that his fiance (and now, wife) was a science teacher and “not a diamond girl,” so he chose to skip diamond rings in lieu of the moon rock. Pretty awesome ring, don’t you think?