Shower in style with this neat Star Wars shower curtain. It is done in vintage propaganda style and shows a sexy Princess Leia giving the Death Star plans to R2-D2. 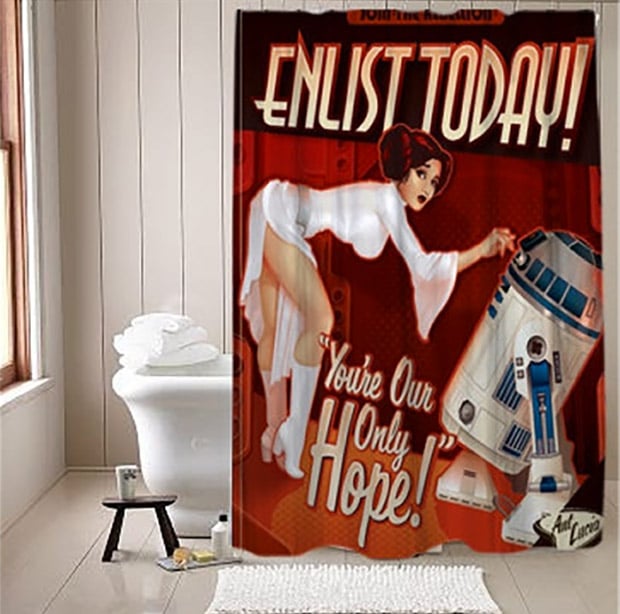 Before you start complaining about the objectification of Leia, it’s way better than a curtain depicting a sea of gungans swimming in an ocean full of alien fish. No one wants to shower with Jar-Jar staring at them.

This curtain was briefly available from Etsy seller Namishowercurtain, but oddly their shop evaporated between the time I wrote this and hit the “publish” button. I’m assuming the Empire got to them.