I know what you’ve been worrying about: how best to celebrate the 30th Anniversary of Ghostbusters, aside from seeing the new movie if an when it ever comes out, and seeing the original in theaters now, since theaters are doing that right now. What you can do when your sweet tooth is acting up, however, is go down a dozen of these Ghostbusters-themed donuts from your local Krispy Kreme between 9/29 and 10/31/2014. 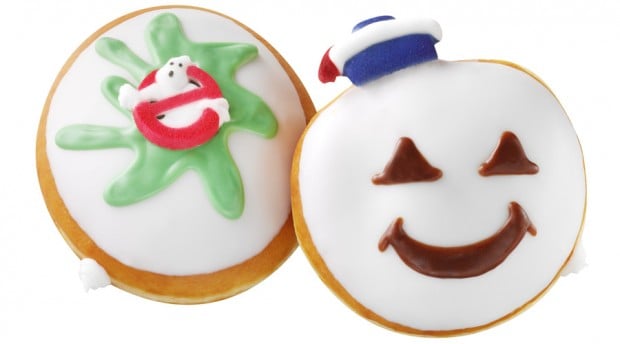 The official Ghostbusters twitter account (@Ghostbusters) tweeted out the photo shown below and now were having a serious craving from some creme filled donuts. Yeah, they’re marshmallow creme filled, which I think is a bit of a missed opportunity. Some green jelly of some sort would have been a great idea. The two options are a sugar logo over some green icing, or an icing Stay Puft man with a sugar hat. 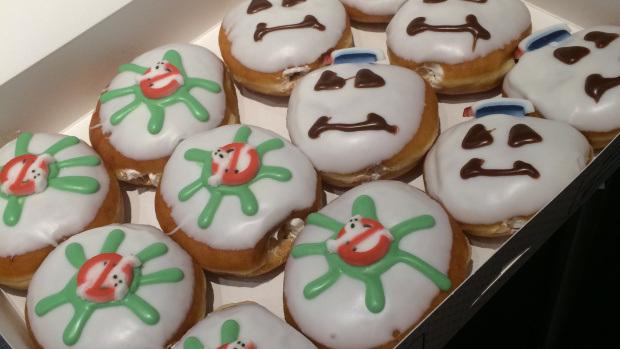 Now if you’ll excusing me, I’m hungry, and I need to go stuff items of little nutritional value into my face.